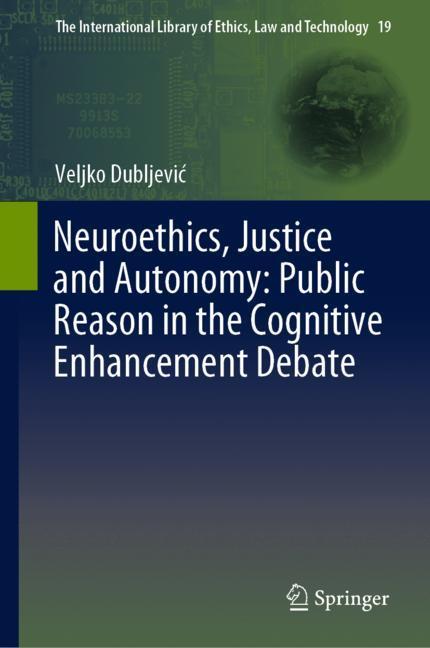 This book explicitly addresses policy options in a democratic society regarding cognitive enhancement drugs and devices. The book offers an in-depth case by case analysis of existing and emerging cognitive neuroenhancement technologies and canvasses a distinct political neuroethics approach. The author provides an argument on the much debated issue of fairness of cognitive enhancement practices and tackles the tricky issue of how to respect preferences of citizens opposing and those preferring enhancement. The author persuasively argues the necessity of a laws and regulations regarding the use of cognitive enhancers. He also argues that the funds for those who seek cognitive enhancement should be allocated free of charge to the least advantaged. The work argues that the notion of autonomy has been mistakenly associated with the metaphysical concept of free will, and offers a political definition of autonomy to clarify how responsibility is implicitly grounded in the legal and political system. As such, this book is an essential read for everyone interested in neuroethics, and a valuable resource for policy makers, as well as scholars and students in philosophy, law, psychiatry and neuroscience.