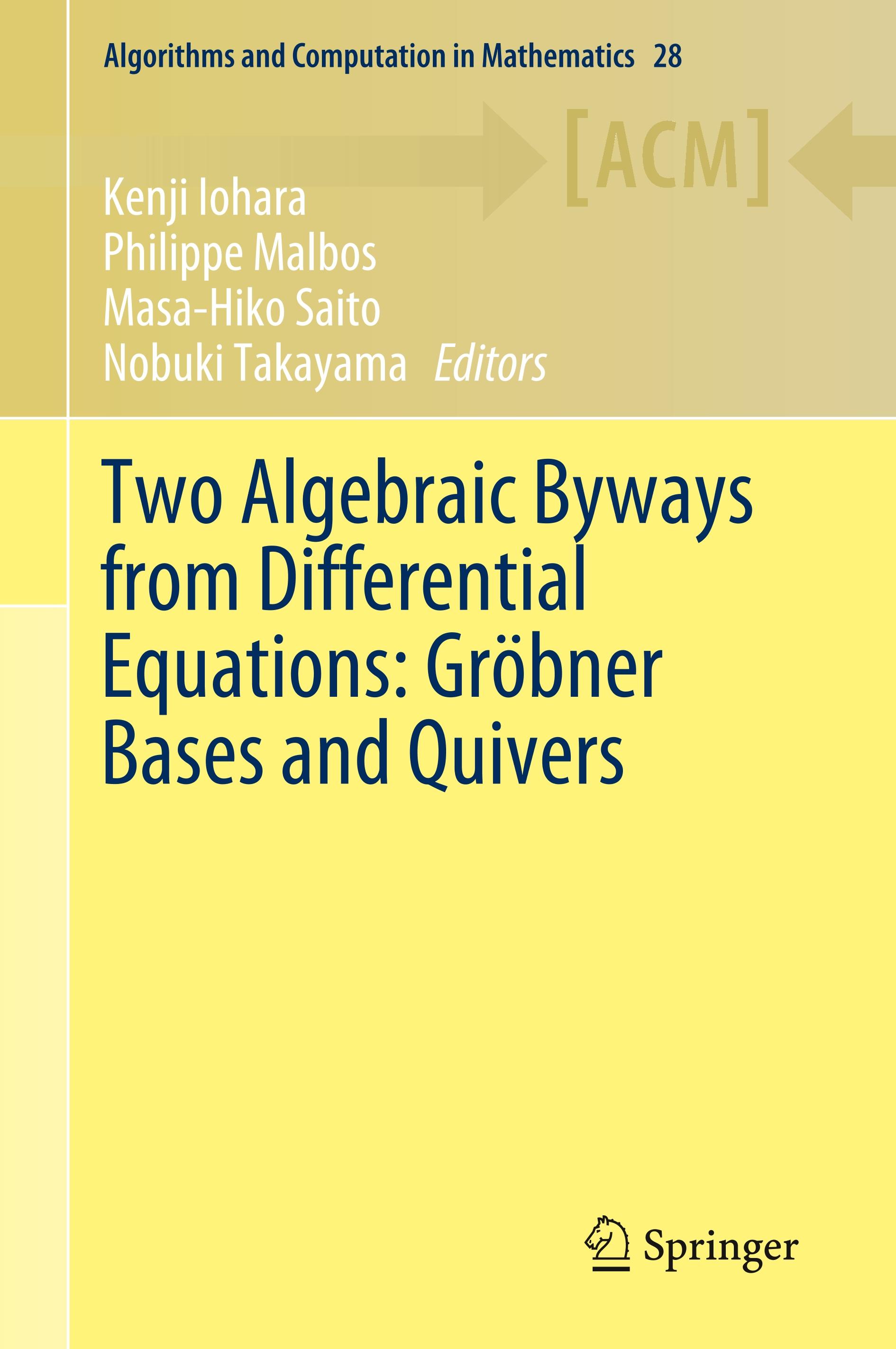 This edited volume presents a fascinating collection of lecture notes focusing on differential equations from two viewpoints: formal calculus (through the theory of Gröbner bases) and geometry (via quiver theory). Gröbner bases serve as effective models for computation in algebras of various types. Although the theory of Gröbner bases was developed in the second half of the 20th century, many works on computational methods in algebra were published well before the introduction of the modern algebraic language. Since then, new algorithms have been developed and the theory itself has greatly expanded. In comparison, diagrammatic methods in representation theory are relatively new, with the quiver varieties only being introduced - with big impact - in the 1990s.

Divided into two parts, the book first discusses the theory of Gröbner bases in their commutative and noncommutative contexts, with a focus on algorithmic aspects and applications of Gröbner bases to analysis on systems of partial differential equations, effective analysis on rings of differential operators, and homological algebra. It then introduces representations of quivers, quiver varieties and their applications to the moduli spaces of meromorphic connections on the complex projective line.

While no particular reader background is assumed, the book is intended for graduate students in mathematics, engineering and related fields, as well as researchers and scholars.