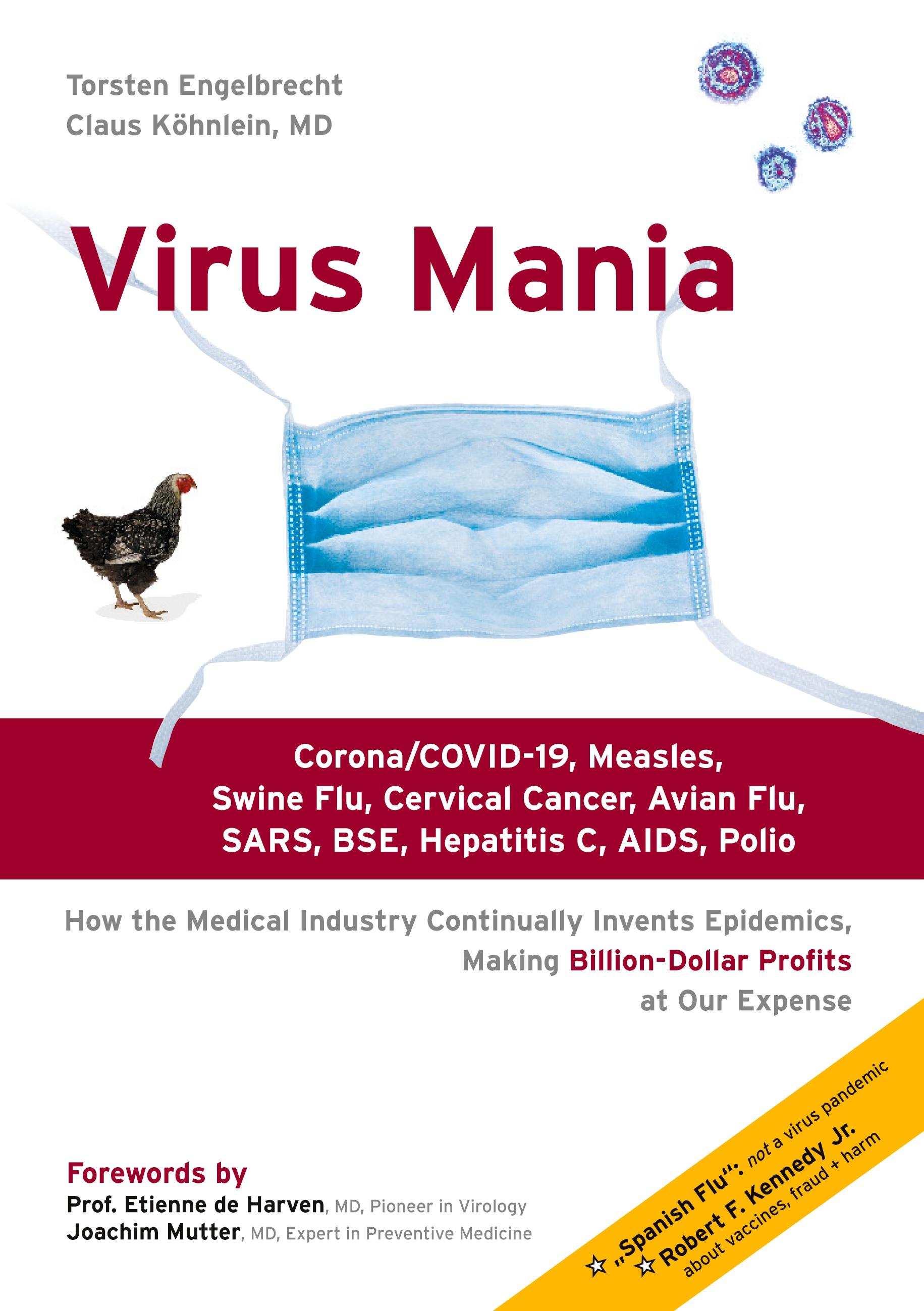 If one follows public pronouncements, the world is repeatedly afflicted with new terrible virus diseases. As the latest horror variant, the so-called coronavirus SARS-CoV-2 dominated the headlines. The population is also terrified by reports of measles, swine flu, SARS, BSE, AIDS or polio. However, The authors of Virus Mania, journalist Torsten Engelbrecht and doctor of internal medicine Claus Köhnlein, MD, show that this fannning of fear is totally unfounded and that virus mayhem ignores very basic scientific facts: the existence, the pathogenicity and the deadly effects of these agents have never been proven. The book "Virus Mania" will also outline how modern medicine has pushed direct virus proof methods aside and uses dubious indirect tools to "prove" the existence of viruses such as antibody tests and the polymerase chain reaction (PCR).

The alleged contagious viruses may be, in fact, also be seen as particles produced by the cells themselves as a consequence of certain stress factors such as drugs. These particles are then identified by antibody and PCR tests and interpreted as epidemic-causing viruses by doctors who have been inoculated for over 100 years by the theory that microbes are deadly and only modern medications and vaccines will protect us from virus pandemics.

The central aim of this book is to steer the discussion back to a real scientific debate and put medicine back on the path of an impartial analysis of the facts. It will put medical experiments, clinical trials, statistics and government policies under the microscope, revealing that the people charged with protecting our health and safety have deviated from this path. Along the way, Engelbrecht and Köhnlein will analyze all possible causes of illness such as pharmaceuticals, lifestyle drugs, pesticides, heavy metals, pollution, stress and processed (and sometimes genetically modified) foods. All of these can heavily damage the body of humans and animals and even kill them. And precisely these factors typically prevail where the victims of alleged viruses live and work. To substantiate these claims, the authors cite dozens of highly renowned scientists, among them the Nobel laureates Kary Mullis, Barbara McClintock, Walter Gilbert, Sir Frank Macfarlane Burnet and microbiologist and Pulitzer Prize winner René Dubos. The book presents approximately 1, 100 pertinent scientific references, the majority of which have been published recently.

The topic of this book is of pivotal significance. The pharmaceutical companies and top scientists rake in enormous sums of money by attacking germs and the media boosts its audience ratings and circulations with sensationalized reporting (the coverage of the New York Times and Der Spiegel are specifically analyzed). Individuals pay the highest price of all, without getting what they deserve and need most to maintain health: enlightenment about the real causes and true necessities for prevention and cure of their illnesses. "The first step is to give up the illusion that the primary purpose of modern medical research is to improve people's health most effectively and efficiently," advises John Abramson of Harvard Medical School. "The primary purpose of commercially-funded clinical research is to maximize financial return on investment, not health."

Virus Mania will inform you on how such an environment took root - and how to empower yourself for a healthy life.