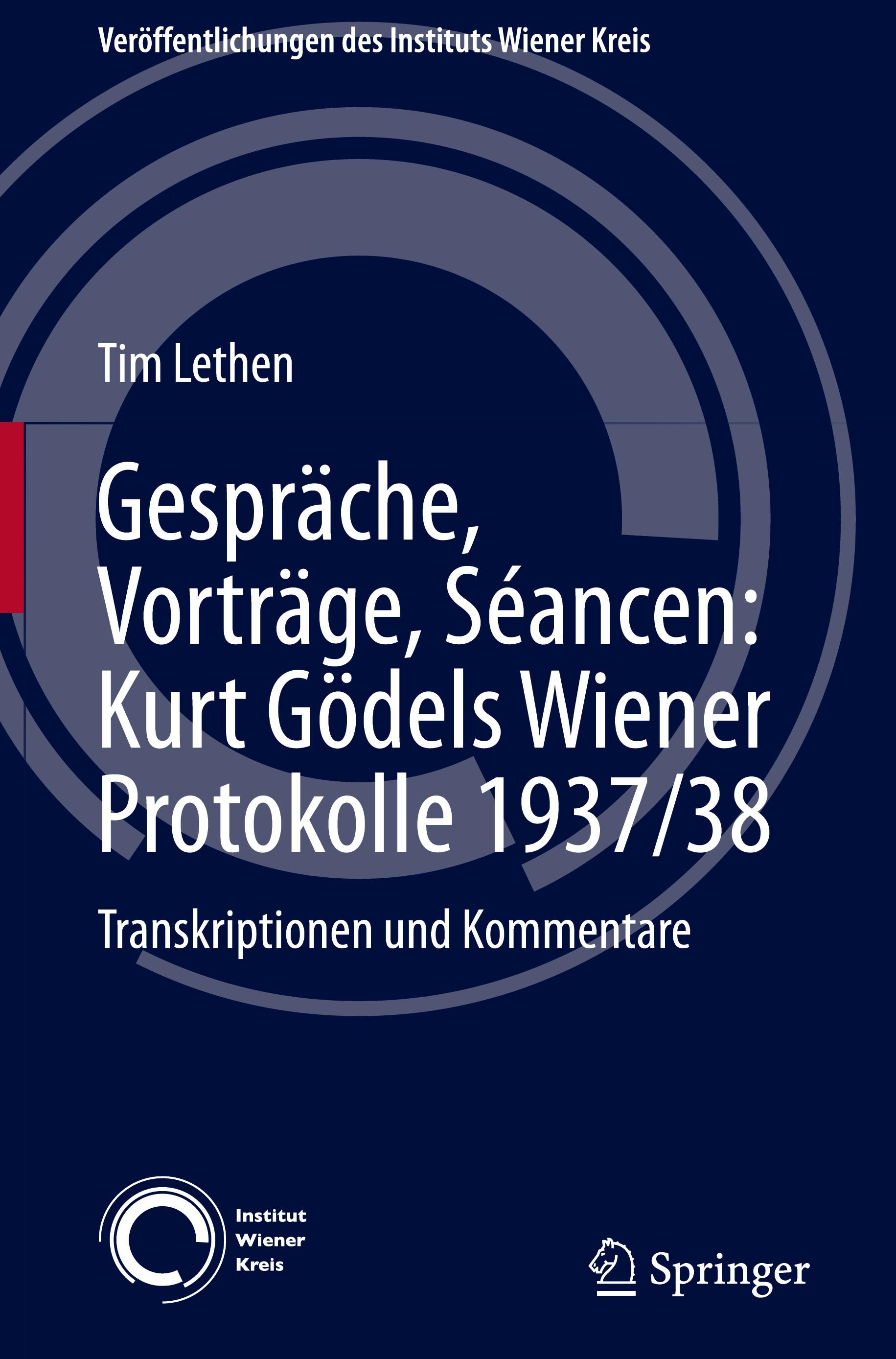 This book provides detailed transcriptions of two notebooks written by Kurt Gödel in Vienna in 1937 / 38 in the nearly forgotten Gabelsberger shorthand system. The first of these notebooks, simply entitled as the Protokoll-book, contains notes on conversations Gödel had with people like Rudolf Carnap, Rose Rand, Friedrich Waismann, Else Frenkel-Brunswik, and many others who were¿at least to some degree¿connected to the Vienna Circle. It also covers detailed descriptions of the regular meetings organized by Edgar Zilsel. The second notebook includes notes on a series of lectures given at the Vienna Psychological Institute, which was led by Karl Bühler at the time. Both notebooks are part of Gödel¿s huge Nachlass kept at the Institute for Advanced Study in Princeton, which consists of literally thousands of stenographic pages covering logic and the foundations of mathematics, philosophy, physics, and theology. The now transcribed and commented notes reveal a very personal side of Gödel which has¿to a large extent¿been unknown to a mainly scientific-oriented audience. The book is of interest to people wanting to learn about Gödel¿s personal background in Vienna in the late 1930s as well as his keen interest in philosophy, psychology, and parapsychology.