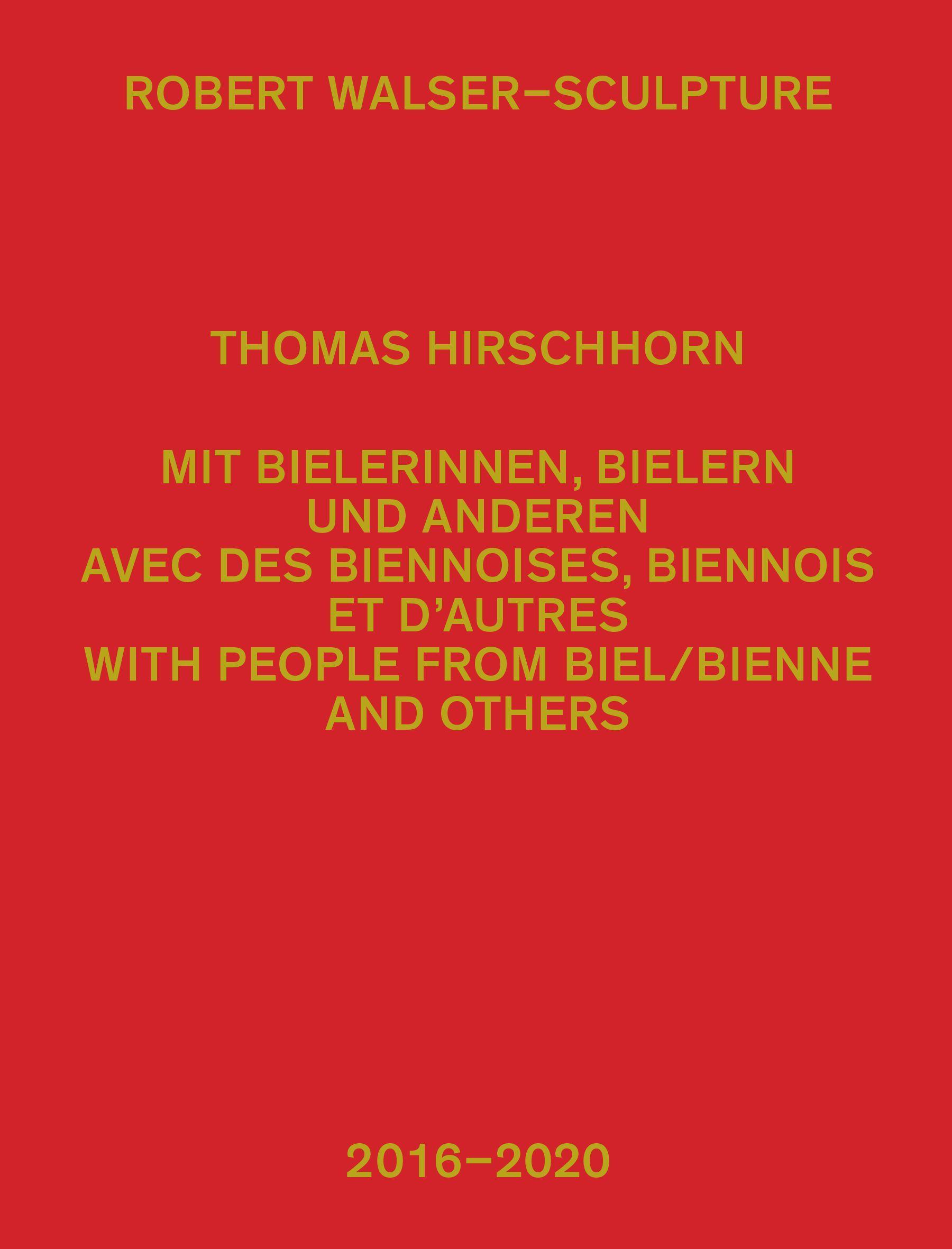 For three months Biel, Switzerland, hosted a special kind of sculpture. It was special not simply because it was created by one of Switzerland's most famous contemporary artists- Thomas Hirschhorn-and dedicated to one of the most prominent authors in the history of Swiss literature, Robert Walser. Beyond that, this sculpture was a redefinition of sculpture itself, because what takes on a plastic form here is not made of stone, steel, or bronze. It is society itself that helped to develop this work of art. In 2016 Thomas Hirschhorn and the curator Kathleen Bühler began doing field research in Biel, the city of Robert Walser's birth, connecting with residents, clubs, artists, literati, and experts. This resulted in a multifaceted agenda. Every day the two offered events such as readings, walking tours, lectures, and children's activities. All of this ultimately comprised the Robert Walser-Sculpture. Never before has an entire city been integrated into a temporary work of art in this way.

¿THOMAS HIRSCHHORN (*1957, Bern) lives in Paris. His monuments, altars, and kiosks are admired around the world and have been awarded numerous accolades. Among other honors, Hirschhorn is the winner of the Prix Marcel Duchamp, the Basel Joseph Beuys Prize, and the Grand Prix Art / Prix Meret Oppenheim from the Swiss Federal Office of Culture.