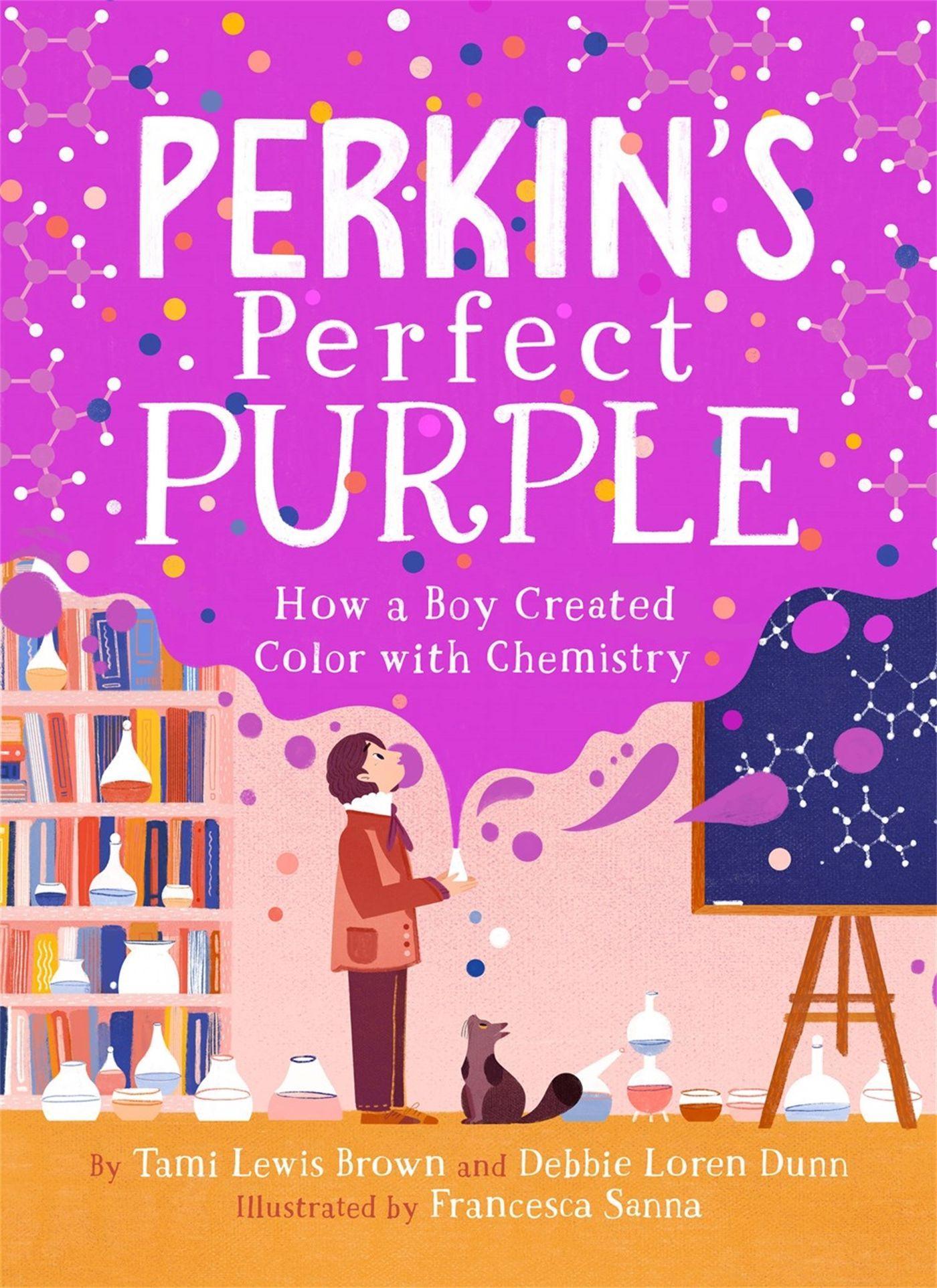 Many years ago, the color purple was available only to a privileged few. Making purple was tricky. The dye was concocted from a certain snail, and later, from plants, bugs, and rocks. Then it had to be soaked in minerals and . . . urine! The process was very complicated and expensive (not to mention smelly!).

Until 1856, when a boy named William Henry Perkin invented a new way. While testing a hypothesis about a cure for malaria, he found that his experiment resulted in something else--something vivid and rare for the times: synthetic PURPLE. Perkin, a pioneer of the modern scientific method, made numerous advances possible, including canned food and chemotherapy. But it was his creation of purple that started it all.