Sid Smith: In The Court Of King Crimson: Observation Over 50

Sid Smith
In The Court Of King Crimson: Observation Over 50
Buch 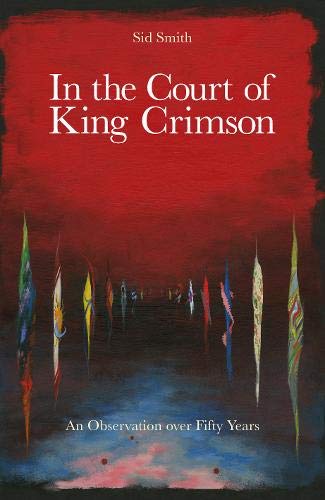 Bewertung:
Artikel wird nachgefertigt.
Voraussichtlich wieder lieferbar Ende Juni 2021
EUR 27,91*
Versandkosten
Sid Smith s 2001 edition of In The Court of King Crimson was widely regarded as both the definitive history of the band to that point and as one of the few incisive books about the genre usually known as Progressive Rock . It was originally slated for revision and a fresh publication with a concluding chapter devoted to the band s post 2001 activities when Crimson reformed, unexpectedly, in 2014 for what was assumed to be a once off reunion tour. When it became clear that this line-up was continuing it s now the longest line-up in the band s history the opportunity was taken to essentially rewrite the entire book with fresh interviews with band members, associates and those who work & have worked closely with the band, an in depth look at the band s current line-up, a track by track guide to the albums & a fascinating guide to the band s extensive live recordings.

Running to more than 600 pages, it is now one of the most comprehensive guides to any UK rock band.

Formed in January 1969, by July of that year the band was sharing a stage with The Rolling Stones in London in front of an audience of 500, 000. By year s end the band had a top 5 album in the UK, a top 30 debut in the US & had broken up. Reformed with several different line-ups over the decades, with each line-up producing new music (& often a radically different sound from the previous line-ups) the band has amassed a huge worldwide audience. With 50 years of on / off activity the band also has one of the most fascinating stories in rock music albeit one that s frequently misinterpreted by commentators due to lack of access to band members especially Robert Fripp.

Sid Smith is a freelance writer whose reviews and feature articles have appeared in numerous in-print and online publications including Classic Rock, Prog, Uncut, Record Collector and BBC Music. With appearances on radio and TV, he also lectures on writing about music and has written hundreds of liner notes for new and archive music releases for both major and independent record labels.