Roland Bieber: Negotiating Unity and Diversity in the European Union 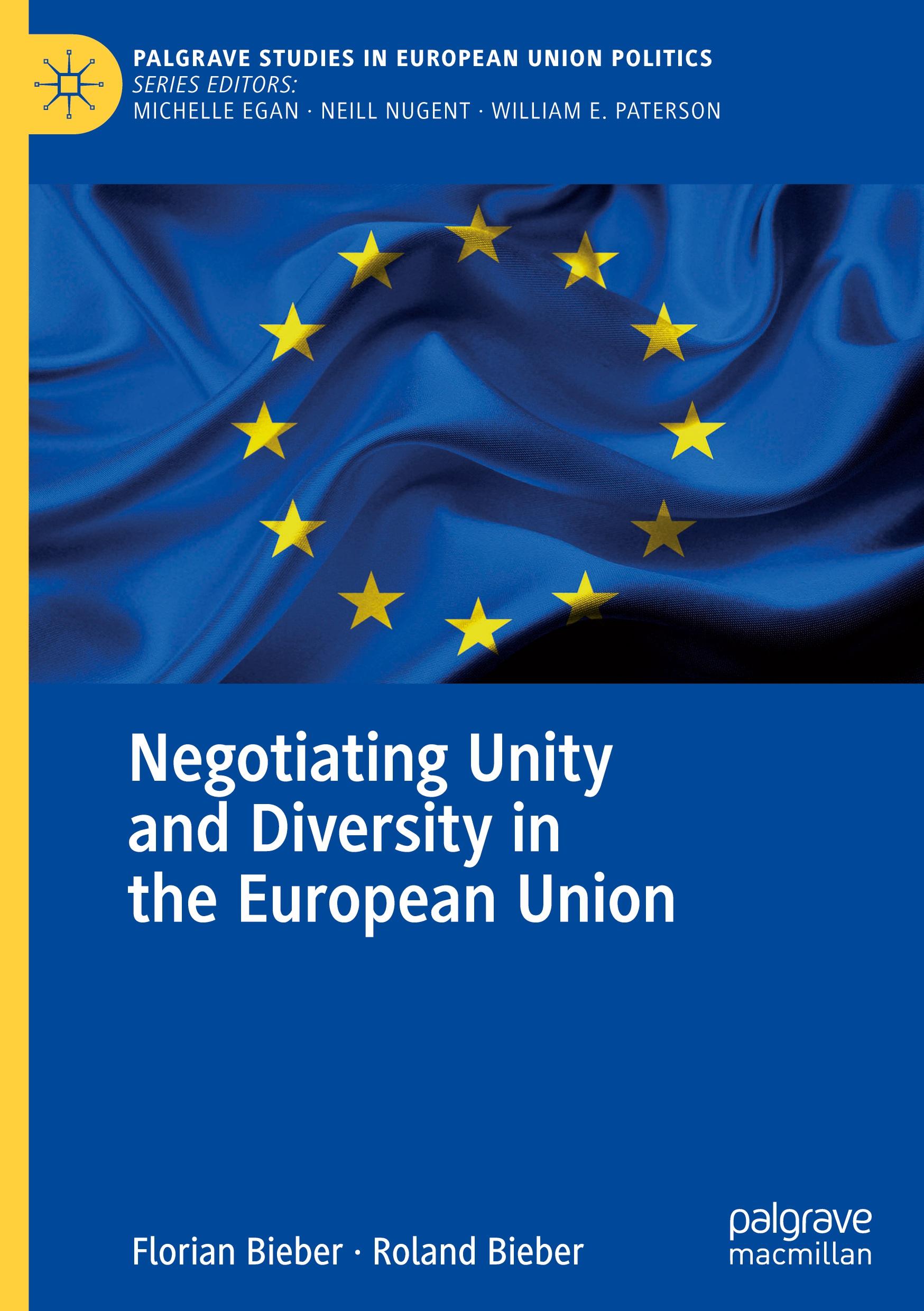 This book explores how the European Union has been responding to the challenge of diversity. In doing so, it considers the EU as a complex polity that has found novel ways for accommodating diversity. Much of the literature on the EU seeks to identify it as a unique case of cooperation between states that moves past classic international cooperation. This volume argues that in order to understand the EU's effort in managing the diversity among its members and citizens it is more effective to look at the EU as a state. While acknowledging that the EU lacks key aspects of statehood, the authors show that looking at the EU efforts to balance diversity and unity through the lens of state policy is a fruitful way to understand the Union. Instead of conceptualising the EU as being incomparable and unique which is neither an international organisation nor a state, the book argues that EU can be understood as a polity that shares many approaches and strategies with complex and diverse states. As such, its effort to build political structures to accommodate diversity offers lessons to other such polities. The experience of the EU contributes to the understanding of how states and other polities can respond to challenges of diversity, including both the diversity of constituent units or of sub-national groups and identities.