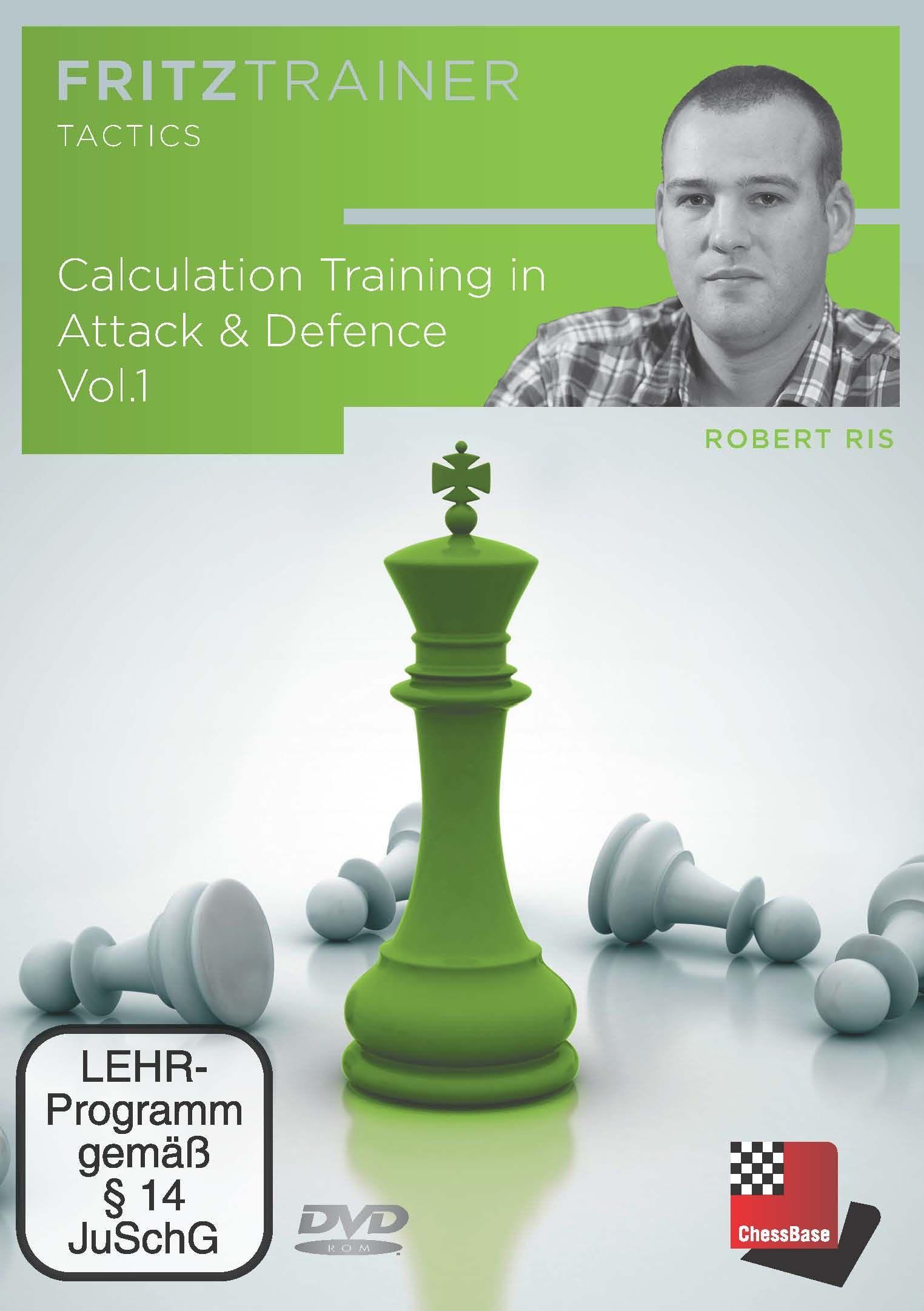 Do I have to defend against my opponent's threat or can I simply ignore it and look for my own chances? A typical question which has often been asked during practical play. This two volume series on Calculation in Attack & Defence is the ideal guide to develop a good sense for attacking play, while keeping an eye on your opponent's defensive resources and possible counterplay against your own king. At the same time you'll be challenged to defend against your opponent's threats and, given the chance, turn the tables by launching a devastating counter-attack yourself.

The two DVDs offer you the chance to solve 66 exercises with multiple questions. These exercises are presented in the interactive format, which makes them accessible for players of different strengths as we will go through the thought process step by step and also explain why alternatives are not as good. All the examples are from games played in 2019 or later, which means a lot of new content you have not seen before. The ideal workout to further improve your tactical abilities and develop your sense for the initiative!

Born in 1988, Robert Ris is an International Master who has represented The Netherlands in various international youth events. Nowadays his main activities in the Amsterdam area consist of teaching in schools and chess clubs as well as coaching private clients. On top of that, he is also an active online trainer with a number of students from a host of different countries. Robert has made several appearances as a live commentator for prestigious events, such as the Dutch National Championships 2011-2013 and the Tata Steel Chess Tournament in 2013 and 2014.