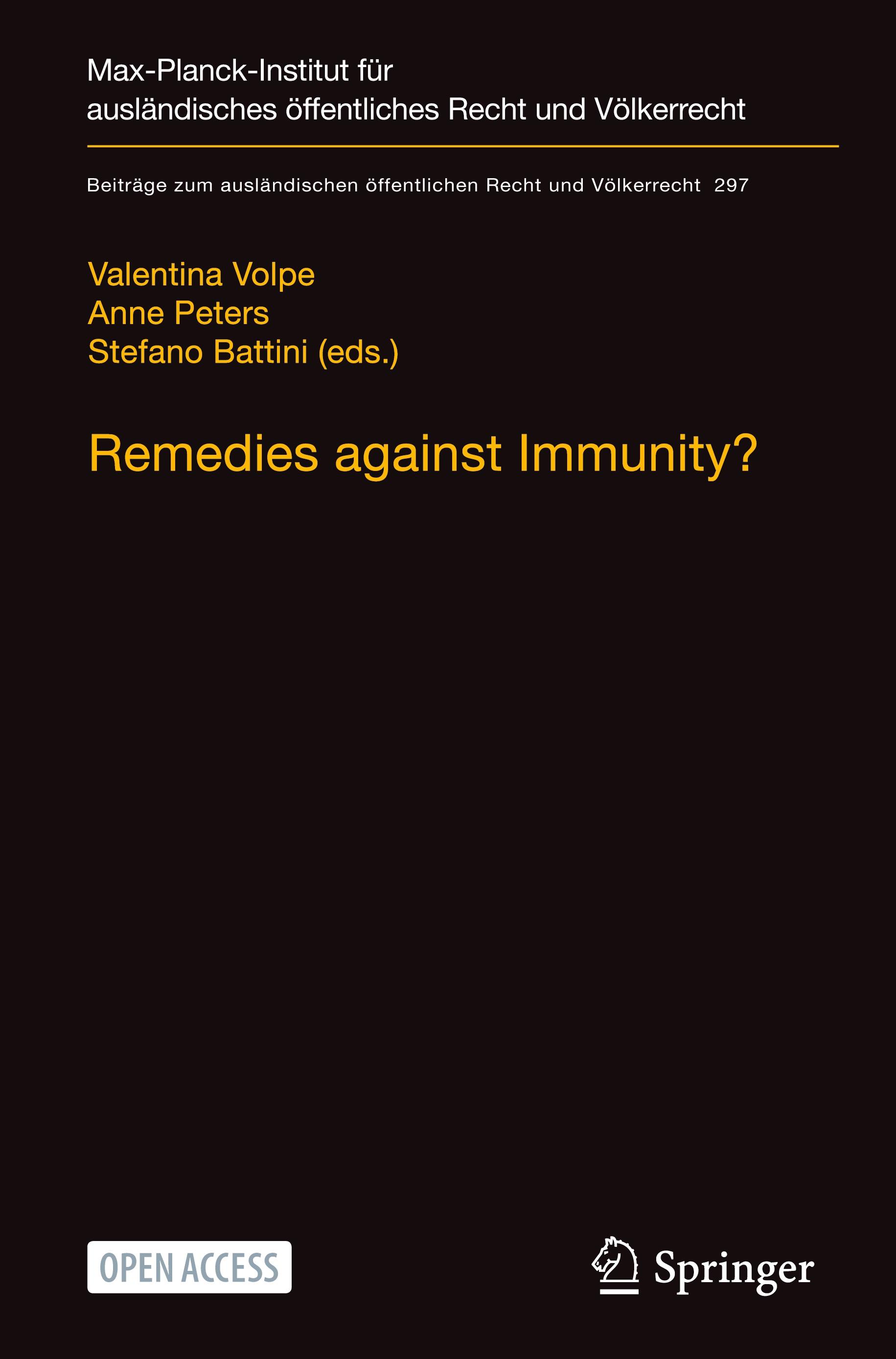 The open access book examines the consequences of the Italian Constitutional Court's Judgment 238 / 2014 which denied the German Republic's immunity from civil jurisdiction over claims to reparations for Nazi crimes committed during World War II. This landmark decision created a range of currently unresolved legal problems and controversies which continue to burden the political and diplomatic relationship between Germany and Italy. The judgment has wide repercussions for core concepts of international law and for the relationship between different legal orders.

The book's three interlinked legal themes are state immunity, reparation for serious human rights violations and war crimes (including historical ones), and the interaction between international and domestic institutions, notably courts.

Besides a meticulous legal analysis of these themes from the perspectives of international law, European law, and domestic law, the book contributes to the civic debate on the issue of war crimes and reparation for the victims of armed conflict. It proposes concrete legal and political solutions to the parties involved for overcoming the present paralysis with a view to a sustainable interstate conflict solution and helps judges directly involved in the pending post-Sentenza reparation cases.

After an Introduction (Part I), Part II, Immunity, investigates core international law concepts such as those of pre / post-judgment immunity and international state responsibility. Part III, Remedies, examines the tension between state immunity and the right to remedy and suggests original schemes for solving the conundrum under international law. Part IV adds European Perspectives by showcasing relevant regional examples of legal cooperation and judicial dialogue. Part V, Courts, addresses questions on the role of judges in the areas of immunity and human rights at both the national and international level. Part VI, Negotiations, suggests concrete ways out of the impasse with a forward-looking aspiration. In Part VII, The Past and Future of Remedies, a sitting judge in the Court that decided Sentenza 238 / 2014 adds some critical reflections on the Judgment. Joseph H. H. Weiler's Dialogical Epilogue concludes the volume by placing the main findings of the book in a wider European and international law perspective.