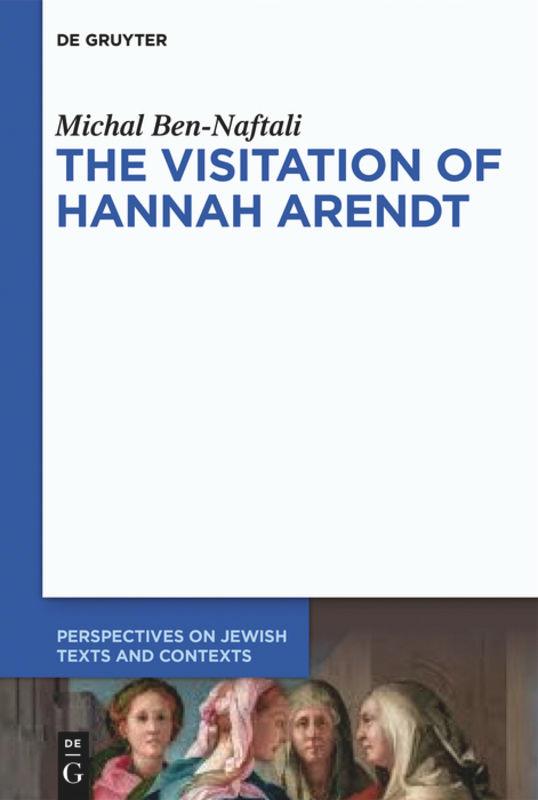 The Visitation of Hannah Arendt is an attempt to literally enact Arendt's notion of "natality". Arendt, known to a large extent through her engagement with the public sphere and with political discourse, is invited here to pay intimate visitations to four different figures: an anonymous student, the poetess Dahlia Ravikovich, the ghost of Stefan Zweig and Michal, Saul's daughter. The intellectual visitation, as a complex process of both mimesis and rejection, is revealed to be a natality, a rebirth in spirit. The book presents an aesthetic-semiotic reading of Arendt by traversing the ensemble of her work. A special chapter is dedicated to Eichmann in Jerusalem.