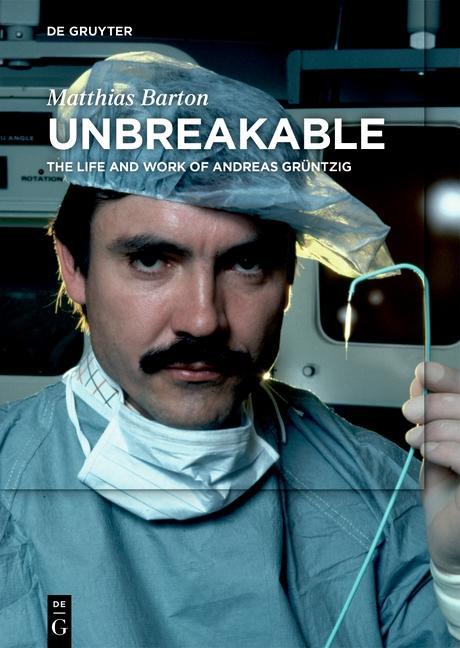 «This is only the beginning»

In the 1970s a young physician revolutionized medicine: Andreas Grüntzig developed a catheter with a balloon at its tip, allowing him to restore blood flow to the heart without the need for surgery. Grüntzig was nominated for the Nobel Prize in 1978 and coronary balloon angioplasty soon became the treatment of choice for saving patients with heart attacks.

This book, the result of five years of research, not only recounts Grüntzig's life and work but also the history of coronary artery disease and medical advances that preceded coronary balloon angioplasty. A milestone was set by Werner Forssmann, a 25 year-old medical resident, who in 1929 in a hospital near Berlin catheterized his own heart after disobeying orders of his superiors. In 1961, the same year the Berlin Wall was built, radiologist Charles Dotter in Portland, Oregon serendipitously discovered percutaneous transluminal angioplasty. Grüntzig, who had escaped communist East Germany in 1957, moved to Zürich in 1969 where he became the driving force behind balloon angioplasty, a development which mainly took place in Switzerland and a divided Germany.

This book traces hitherto unknown events and facts in the political context of world history and the Cold War, and portrays those key figures on both sides of the Atlantic who helped Grüntzig in creating a medical breakthrough. Numerous personal accounts of those who closely knew Grüntzig or worked with him in Germany, Switzerland, and the United States offer insights into his personality and extraordinary set of skills. They also tell of the increasing difficulties and challenges he faced in Zürich at the time. By the end of the 1970s the situation had become intolerable, forcing Grüntzig to leave Europe for the United States in 1980. However, his final years did not come without personal sacrifices. Only five years later Grüntzig lost his life in a plane crash near Atlanta, Georgia. He was 46.

Today, balloon angioplasty is the most common medical intervention in the world. It is also applied every time a stent is placed in an artery using a catheter. Grüntzig's coronary balloon angioplasty, which has saved millions of lives and will continue to do so, became reality only because a few friends - who shared mind-sets and for whom courage, curiosity, tenacity, and trust were indispensable qualities - truly believed in it.

This is its story.