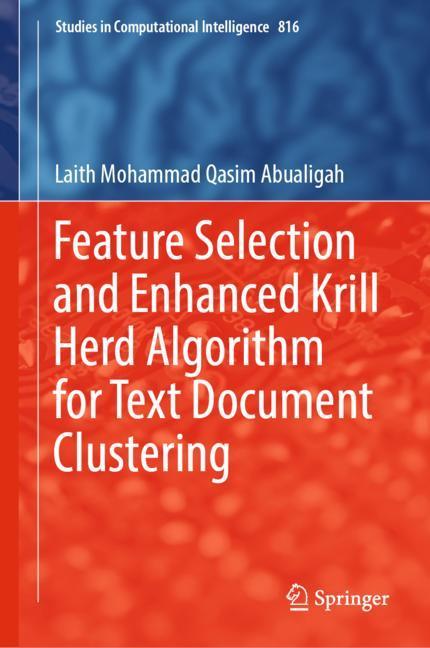 This book puts forward a new method for solving the text document (TD) clustering problem, which is established in two main stages: (i) A new feature selection method based on a particle swarm optimization algorithm with a novel weighting scheme is proposed, as well as a detailed dimension reduction technique, in order to obtain a new subset of more informative features with low-dimensional space. This new subset is subsequently used to improve the performance of the text clustering (TC) algorithm and reduce its computation time. The k-mean clustering algorithm is used to evaluate the effectiveness of the obtained subsets. (ii) Four krill herd algorithms (KHAs), namely, the (a) basic KHA, (b) modified KHA, (c) hybrid KHA, and (d) multi-objective hybrid KHA, are proposed to solve the TC problem; each algorithm represents an incremental improvement on its predecessor. For the evaluation process, seven benchmark text datasets are used with different characterizations and complexities.
Text document (TD) clustering is a new trend in text mining in which the TDs are separated into several coherent clusters, where all documents in the same cluster are similar. The findings presented here confirm that the proposed methods and algorithms delivered the best results in comparison with other, similar methods to be found in the literature.