Kylie Crabbe: Luke/Acts and the End of History

Kylie Crabbe
Luke/Acts and the End of History
Buch 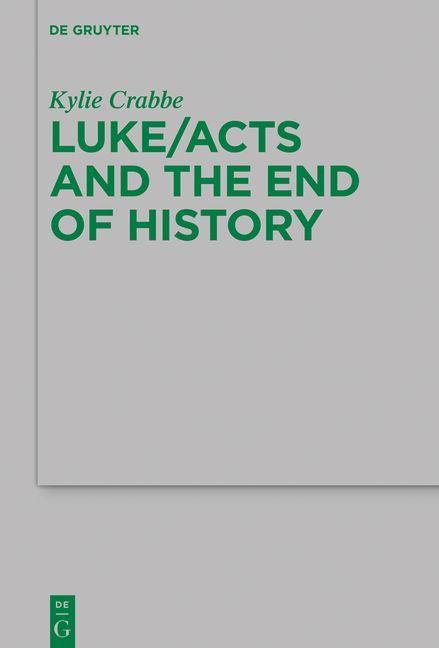 The study makes a contribution both in its method and in the questions it asks. By placing Luke / Acts alongside a broad range of texts from Luke's wider cultural setting, it overcomes two methodological shortfalls frequently evident in recent research: limiting comparisons of key themes to texts of similar genre, and separating non-Jewish from Jewish parallels. Further, by posing fresh questions designed to reveal writers' underlying conceptions of history-such as beliefs about the shape and end of history or divine and human agency in history-this monograph challenges the enduring tendency to underestimate the centrality of eschatology for Luke's account. Influential post-war scholarship reflected powerful concerns about "salvation history" arising from its particular historical setting, and criticised Luke for focusing on history instead of eschatology due to the parousia's delay. Though some elements of this thesis have been challenged, Luke continues to be associated with concerns about the delayed parousia, affecting contemporary interpretation. By contrast, this study suggests that viewing Luke / Acts within a broader range of texts from Luke's literary context highlights his underlying teleological conception of history. It demonstrates not only that Luke retains a sense of eschatological urgency seen in other New Testament texts, but a structuring of history more akin to the literature of late Second Temple Judaism than the non-Jewish Graeco-Roman historiographies with which Luke / Acts is more commonly compared. The results clarify not only Lukan eschatology, but related concerns or effects of his eschatology, such as Luke's politics and approach to suffering. This monograph thereby offers an important corrective to readings of Luke / Acts based on established exegetical habits, and will help to inform interpretation for scholars and students of Luke / Acts as well as classicists and theologians interested in these key questions.