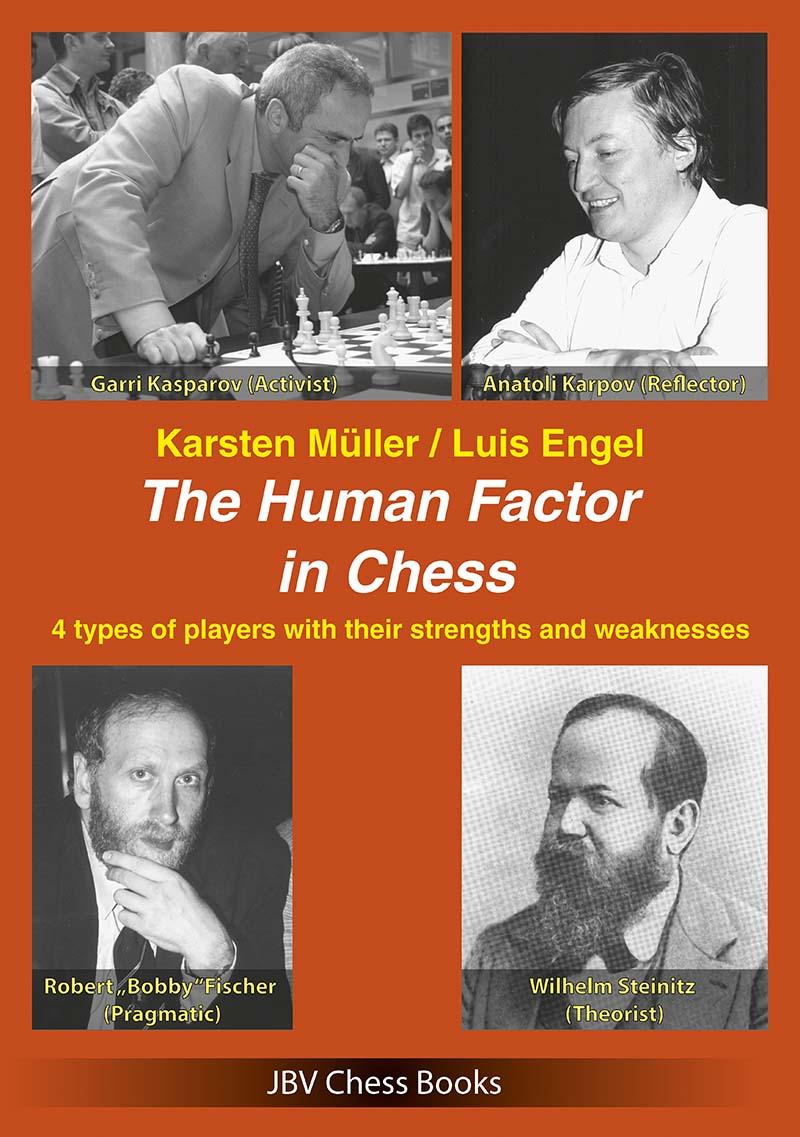 Playing styles in chess are an important and often discussed topic. GM Dr. Karsten Müller and GM Luis Engel take up a model by GM Lars Bo Hansen based on 4 types of players - 'activists', 'pragmatics', 'theorists' and so-called 'reflectors'. Their respective strengths and weaknesses are explained based on many examples, complemented by numerous exercises to enable the reader to assign himself to one or the other category.
"As part of the preparation for my opponents, I often try to research their typical player characteristics ... In this respect, it can be helpful to draw conclusions about the type of player, and thus about strengths and weaknesses, by looking at the openings they play - or to use the characteristics of certain players to infer the likelihood of which opening lines they might choose.
These and numerous other considerations are presented in this book in a condensed and systematic form. The division of players into four prototypes is extremely helpful not only in terms of game preparation, but also to determine your own characteristics as a player. In addition, the book can serve as a helpful guide for amateurs and chess fans to get a more precise picture of certain players."
(Excerpts from the foreword by GM Vincent Keymer)