Karsten Müller: The Best Endgames of the World Champions Vol 2 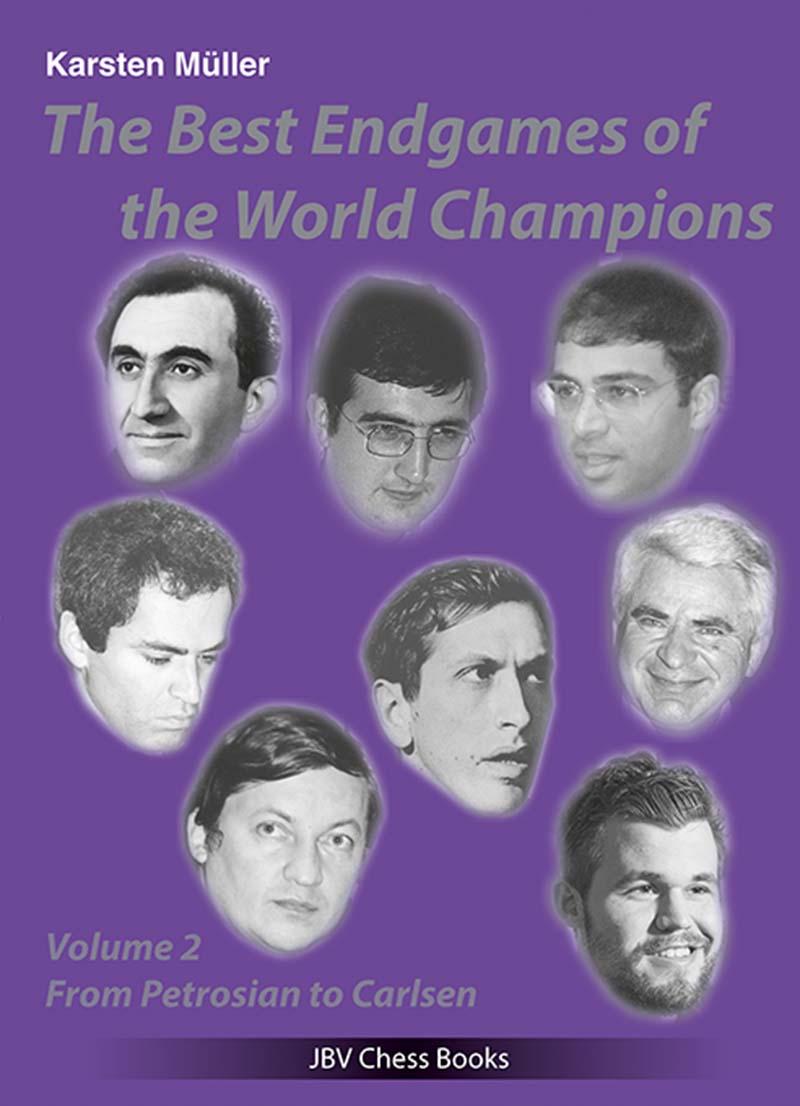 Since the world chess champions excel in all areas of the game, it goes without saying that you can learn the most not only from their skills in the opening and the middlegame, but also from their superb handling of the endgame. Regardless of whether they were renowned tacticians or excellent positional players - regardless of whether they analyzed their openings in depth or played them more intuitively: it is completely out of the question that any of them could have reached the highest title without perfectly handling the endgame.
In order to enable his readers to learn from the world champions, the author has concentrated on their individual 'specialities' - such as Petrosian's unmistakable instinct in questions of the right exchange and his skills in the endgame '¿+¿ vs ¿+¥', on Spassky's handling of the initiative, Fischer's precision in the so-called 'Fischer endgame' with '¿+¥ vs ¿+¿', on Karpov's dominance and restriction methods, Kasparov's attacks on the king with reduced material, Kramnik's strategic power play especially on a weakened color complex, on Anand's unrelenting pressure play and - last but not least - Carlsen's technique in the so-called 'Carlsen endgame' with rooks and same-colored bishops.
In addition, all sorts of 'evergreen classics' of the players are offered, some of which appear in a new light thanks to current analyzes. The reader is also given the ideal training opportunity of numerous exercises to put himself in the shoes of the world champions and to look for solutions himself. Since the model of the '4 types of players' (activist, pragmatic, theorist and reflector) is also discussed in the margin, additional information can be obtained about the importance of this topic, especially in the endgame.
And with this in mind, the Romanian GM and endgame expert Mihail Marin invites you in his foreword not just to take a look at the most outstanding endgame achievements of the world champions, but also to enjoy them.