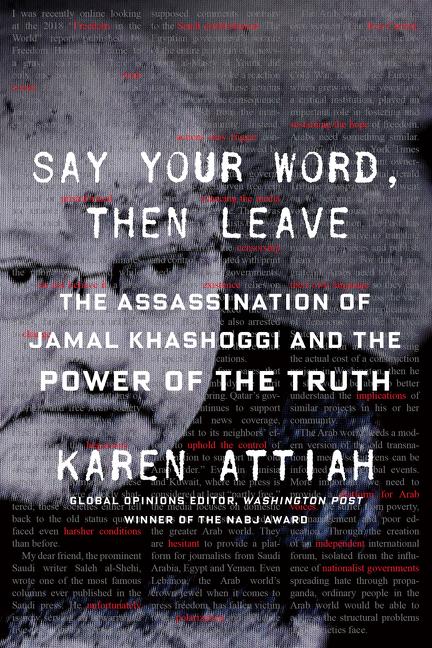 Karen Attiah
Say Your Word, Then Leave: The Assassination of Jamal Khashoggi and the Power of the Truth
Buch

Karen Attiah
Say Your Word, Then Leave: The Assassination of Jamal Khashoggi and the Power of the Truth
MP3-CD

A searing, behind-the-scenes account of Jamal Khashoggi's final year at the Washington Post, the search for answers after his brutal murder, and the defining fight for the soul of Washington, Saudi Arabia, and the greater Arab world.

In September 2017, self-exiled journalist Jamal Khashoggi filed his first piece for The Washington Post with his editor Karen Attiah. The article, about his decision to go into self-exile and speak out against Saudi Arabia's Crown Prince Mohammed bin Salman, instantly went viral and Jamal went on to become a regular columnist for the Post. Working closely with Attiah to publish the newspaper's first syndicated column in Arabic, Khashoggi, who dreamt of an Arab world free from tyranny and oppression, made it his mission to demystify Saudi Arabia for a global audience. A year later, he was dead.

Say Your Word, Then Leave is the riveting account of Khashoggi's final year at the Post, unraveling the story behind his disappearance and murder, and bringing into sharp focus Saudi Arabia's hold over U. S. power centers in Washington, D. C., on Wall Street, and in Silicon Valley—in particular, the Saudi grip over the Trump administration. Over the course of their working relationship, neither Attiah nor Khashoggi could have guessed—though there were signs-- that he would end up kidnapped and killed by a Saudi hit squad, or that she would be thrust into the global spotlight of an international political assassination that would grip the world.

At once a shocking tale of political corruption, and a searing personal narrative about Attiah's friendship with Khashoggi, Say Your Word, Then Leave weaves in the broader narrative of journalism under repression, and the inspiring stories of activists working for change in the Arab world.

Karen Attiah
Say Your Word, Then Leave: The Assassination of Jamal Khashoggi and the Power of the Truth
Buch
alle anzeigen