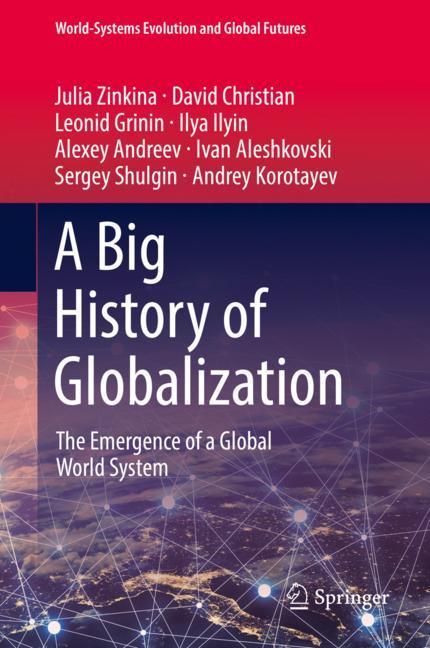 This book presents the history of globalization as a network-based story in the context of Big History. Departing from the traditional historic discourse, in which communities, cities, and states serve as the main units of analysis, the authors instead trace the historical emergence, growth, interconnection, and merging of various types of networks that have gradually encompassed the globe. They also focus on the development of certain ideas, processes, institutions, and phenomena that spread through those networks to become truly global.
The book specifies five macro-periods in the history of globalization and comprehensively covers the first four, from roughly the 9th - 7th millennia BC to World War I. For each period, it identifies the most important network-related developments that facilitated (or even spurred on) such transitions and had the greatest impacts on the history of globalization.

By analyzing the world system's transition to new levels of complexity and connectivity, the book provides valuable insights into the course of Big History and the evolution of human societies.