Judith Flanders: A Place For Everything

Judith Flanders
A Place For Everything
Buch 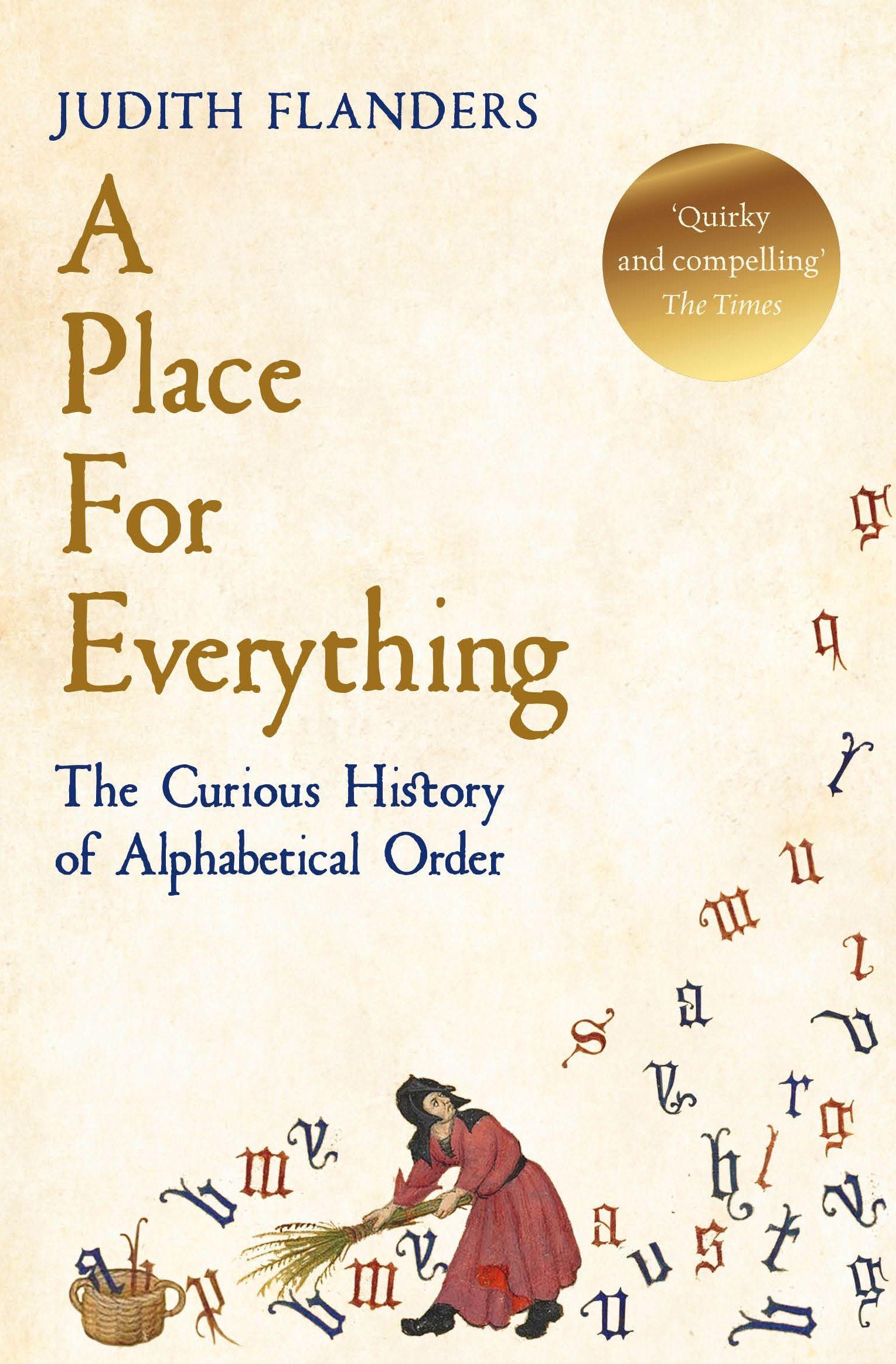 Weitere Ausgaben von A Place For Everything

Marvellous . . . I read it with astonished delight..It is equally scholarly and entertaining.' Jan Morris

'Delightfully quirky and compelling' The Times

One we've learned it as children few of us think much of the alphabet and its familiar sing-song order. And yet the order if the alphabet, that simple knowledge that we take for granted, plays a major role in our adult lives. From the school register to the telephone book, from dictionaries and encyclopaedias to library shelves, our lives are ordered from A to Z. Long before Google searches, this magical system of organisation gave us the ability to sift through centuries of thought, knowledge and literature, allowing us to sort, to file, and to find the information we have, and to locate the information we need.

Acclaimed historian Judith Flanders draws our attention to both the neglected ubiquity of the alphabet and the long, complex history of its rise to prominence. For, while the order of the alphabet itself became fixed very soon after letters were first invented, their ability to sort and store and organize proved far less obvious. To many of our forebears, the idea of of organising things by the random chance of the alphabet rather than by established systems of hierarchy or typology lay somewhere between unthinkable and disrespectful.

In A Place for Everything, Judith Flanders fascinatingly lays out the gradual triumph of alphabetical order, from its possible earliest days as a sorting tool in the Great Library of Alexandria in the third century BCE, to its current decline in prominence in our digital age of Wikipedia and Google. Along the way, the reader is enlightened and entertained with a wonderful cast of unknown facts, characters and stories from the great collector Robert Cotton, who denominated his manuscripts with the names of the busts of the Roman emperors surmounting his book cases, to the unassuming sixteenth-century London bookseller who ushered in a revolution by listing his authors by 'sirname' first.

Judith Flanders was born in London, but spent her childhood in Canada. Judith worked as an editor for various publishing houses before turning to writing, publishing her first book 2001 to great acclaim.