Jonathan Bate: How the Classics Made Shakespeare

Jonathan Bate
How the Classics Made Shakespeare
Buch 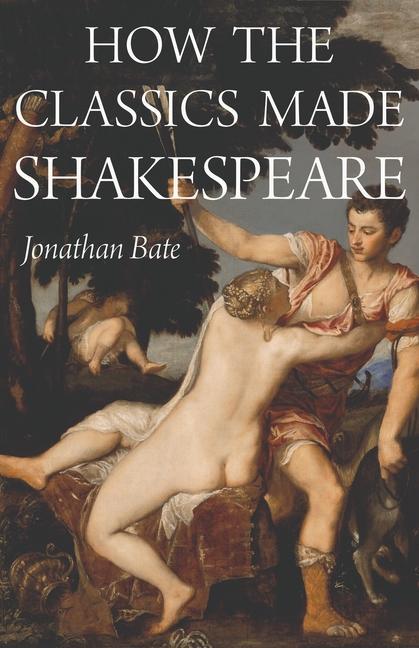 Weitere Ausgaben von How the Classics Made Shakespeare

Ben Jonson famously accused Shakespeare of having "small Latin and less Greek." But he was exaggerating. Shakespeare was steeped in the classics. Shaped by his grammar school education in Roman literature, history, and rhetoric, he moved to London, a city that modeled itself on ancient Rome. He worked in a theatrical profession that had inherited the conventions and forms of classical drama, and he read deeply in Ovid, Virgil, and Seneca. In a book of extraordinary range, acclaimed literary critic and biographer Jonathan Bate, one of the world's leading authorities on Shakespeare, offers groundbreaking insights into how, perhaps more than any other influence, the classics made Shakespeare the writer he became. Revealing in new depth the influence of Cicero and Horace on Shakespeare and finding new links between him and classical traditions, ranging from myths and magic to monuments and politics, Bate offers striking new readings of a wide array of the plays and poems. At the heart of the book is an argument that Shakespeare's supreme valuation of the force of imagination was honed by the classical tradition and designed as a defense of poetry and theater in a hostile world of emergent Puritanism. Rounded off with a fascinating account of how Shakespeare became our modern classic and has ended up playing much the same role for us as the Greek and Roman classics did for him, How the Classics Made Shakespeare combines stylistic brilliance, accessibility, and scholarship, demonstrating why Jonathan Bate is one of our most eminent and readable literary critics.

Jonathan Bate is Professor of Shakespeare and Renaissance Literature at the University of Warwick. Among his many books are John Clare: A Biography (Farrar Straus Giroux), which won Britain's two oldest literary prizes, the Hawthomden and the James Tait Black, a best-selling book on Shakespeare for the general reader, The Genius of Shakespeare (Picador, UK and OUP, USA), and a major intellectual biography of Shakespeare in the cultural context of the Elizabethan Age (The Soul of the Age). He is also chief editor of The RSC Shakespeare: Complete Works (Macmillan UK/Random House Modern Library USA).