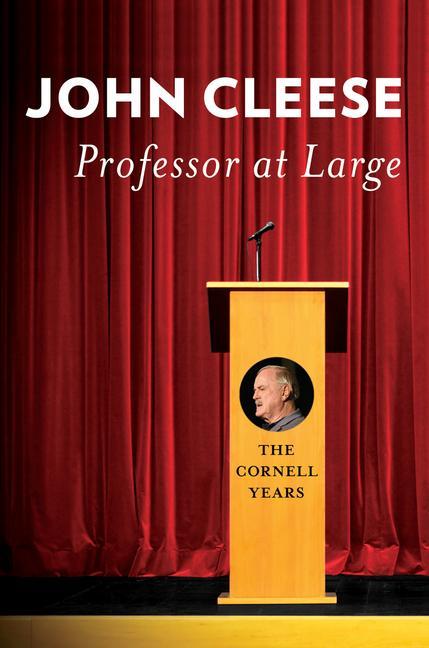 And now for something completely different. Professor at Large features beloved English comedian and actor John Cleese in the role of ivy league professor at Cornell University. His almost twenty years as professor-at-large has led to many talks, essays, and lectures on campus. This collection of the very best moments from Cleese under his mortarboard provides a unique view of his endless pursuit of intellectual discovery across a range of topics. Since 1999, Cleese has provided Cornell students and local citizens with his ideas on everything from scriptwriting to psychology, religion to hotel management, and wine to medicine.
His incredibly popular events and classes--including talks, workshops, and an analysis of A Fish Called Wanda and The Life of Brian--draw hundreds of people. He has given a sermon at Sage Chapel, narrated Prokofiev's Peter and the Wolf with the Cornell Chamber Orchestra, conducted a class on script writing, and lectured on psychology and human development. Each time Cleese has visited the campus in Ithaca, NY, he held a public presentation, attended and or lectured in classes, and met privately with researchers. From the archives of these visits, Professor at Large includes an interview with screenwriter William Goldman, a lecture about creativity entitled, "Hare Brain, Tortoise Mind," talks about Professor at Large and The Life of Brian, a discussion of facial recognition, and Cleese's musings on group dynamics with business students and faculty.
Professor at Large provides a window into the workings of John Cleese's scholarly mind, showcasing the wit and intelligence that have driven his career as a comedian, while demonstrating his knack of pinpointing the essence of humans and human problems. His genius on the screen has long been lauded; now his academic chops get their moment in the spotlight, too.