Joe Abercrombie: Half a War

Joe Abercrombie
Half a War
Buch 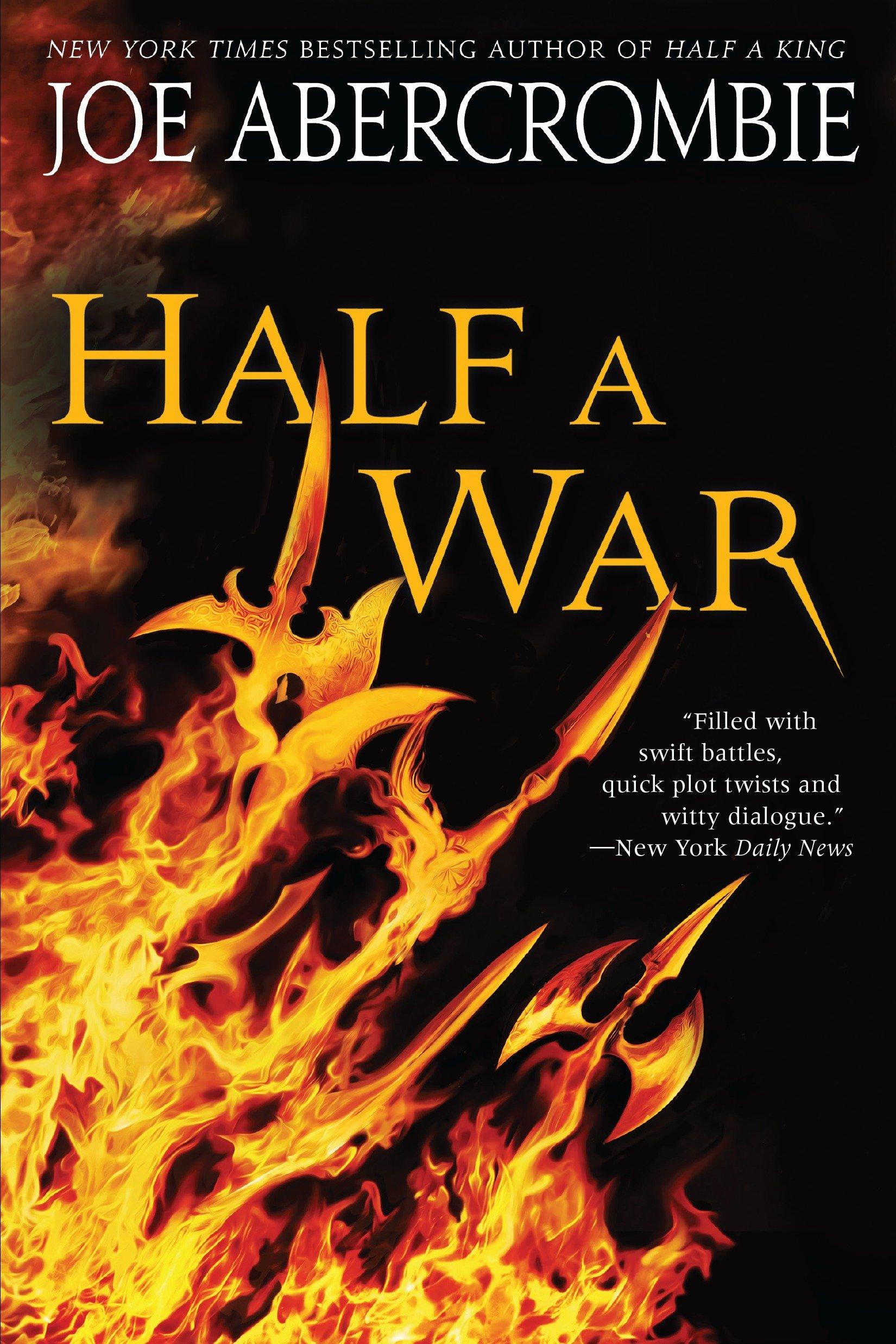 NAMED ONE OF THE BEST BOOKS OF THE YEAR BY BUZZFEED AND THE INDEPENDENT • New York Times bestselling author Joe Abercrombie delivers the stunning conclusion to the epic fantasy trilogy that began with Half a King, praised by George R. R. Martin as "a fast-paced tale of betrayal and revenge that grabbed me from page 1 and refused to let go."

Princess Skara has seen all she loved made blood and ashes. She is left with only words. But the right words can be as deadly as any blade. If she is to reclaim her birthright, she must conquer her fears and sharpen her wits to a lethal edge.

Only half a war is fought with swords.

The deeply cunning Father Yarvi has walked a long road from crippled slave to king's minister. He has made allies of old foes and stitched together an uneasy peace. But now the ruthless Grandmother Wexen has raised the greatest army since the elves made war on God, and put Bright Yilling at its head-a man who worships only Death.

Sometimes one must fight evil with evil.

Some-like Thorn Bathu and the sword-bearer Raith-are born to fight, perhaps to die. Others-like Brand the smith and Koll the wood-carver-would rather stand in the light. But when Mother War spreads her irons wings, she may cast the whole Shattered Sea into darkness.

Praise for Half a War

"A fantasy for all ages, and all times [that] rends the soul as compulsively as anything Abercrombie has written to date . . . Half a War is a success in every way, putting a stupendous capstone on the entire Shattered Sea Trilogy."-Tordotcom

"There's all the sword-swinging and Machiavellian machinations you could ask for in this tale of a final battle between countries and kings."-Fredericksburg Free Lance-Star

"Abercrombie piles on shocking betrayals and charges his characters a high price for vengeance in this powerful and fitting final volume."-Publishers Weekly