Joe Abercrombie: Half a King

Joe Abercrombie
Half a King
Buch 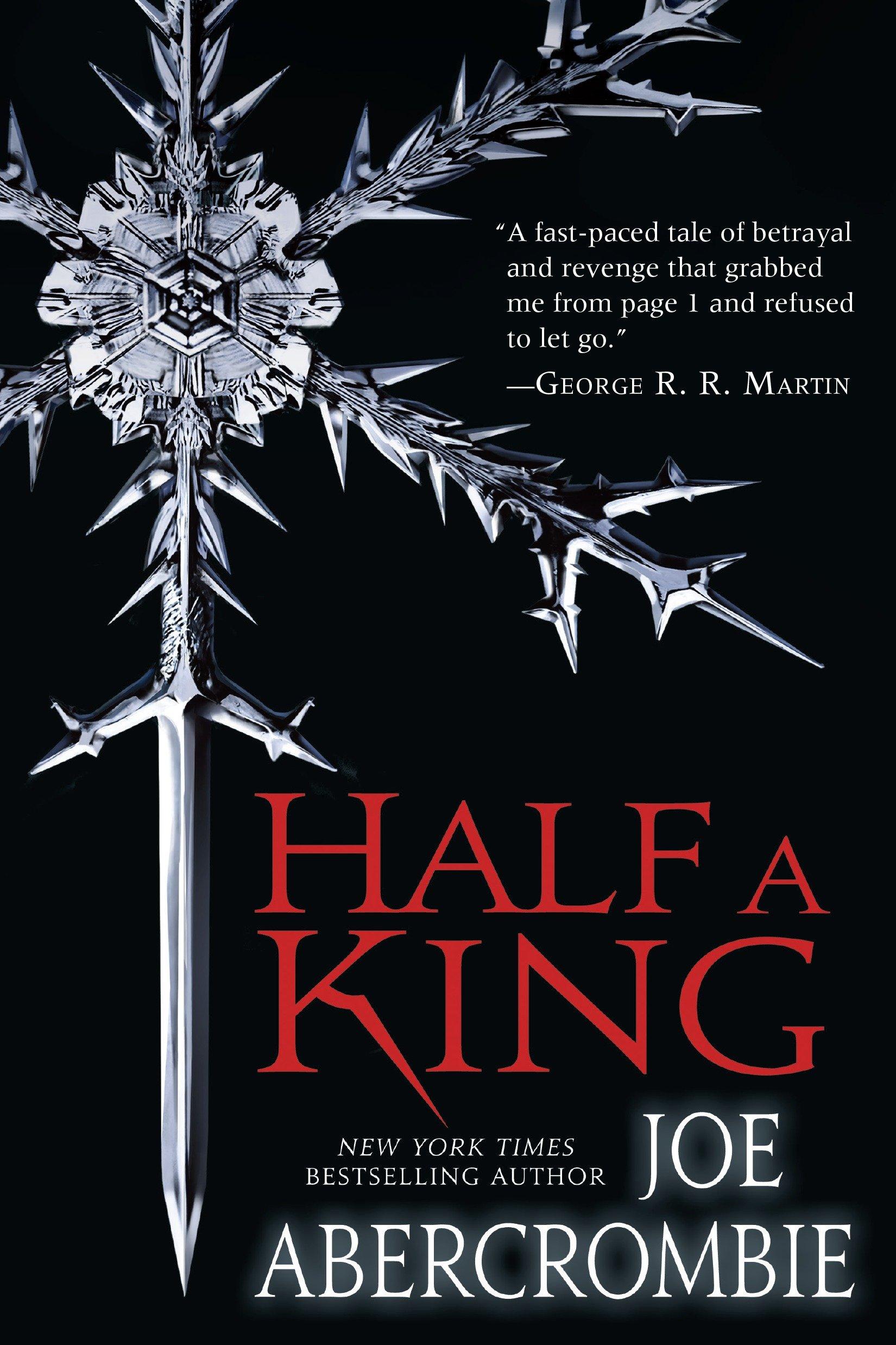 "A fast-paced tale of betrayal and revenge that grabbed me from page 1 and refused to let go."-George R. R. Martin

"I swore an oath to avenge the death of my father. I may be half a man, but I swore a whole oath."

Prince Yarvi has vowed to regain a throne he never wanted. But first he must survive cruelty, chains, and the bitter waters of the Shattered Sea. And he must do it all with only one good hand.

The deceived will become the deceiver.

Born a weakling in the eyes of his father, Yarvi is alone in a world where a strong arm and a cold heart rule. He cannot grip a shield or swing an axe, so he must sharpen his mind to a deadly edge.

The betrayed will become the betrayer.

Gathering a strange fellowship of the outcast and the lost, he finds they can do more to help him become the man he needs to be than any court of nobles could.

But even with loyal friends at his side, Yarvi finds that his path may end as it began-in twists, and traps, and tragedy.

Praise for Half a King

"Tremendously entertaining . . . lightning-fast and filled with a wonderful collection of rogues, villains and two-faced bastards . . . From the first chapter [Joe Abercrombie] wastes no time as the reader is swept up in a gripping tale of betrayal and revenge."-SciFi Now

"Once this plot has its teeth in you, it will not let go. . . . Abercrombie's masterful storytelling means that everything, from the characters that you come to love and despise, to the sprawling world that is explored, is enthralling."-Fantasy Book Review

"Half a King is my favorite book by Joe Abercrombie so far, and that's saying something."-Patrick Rothfuss

"As in all Abercrombie's books, friends turn out to be enemies, enemies turn out to be friends; the line between good and evil is murky indeed; and nothing goes quite as we expect. With eye-popping plot twists and rollicking good action, Half a King is definitely a full adventure."-Rick Riordan

"Polished and sharp, perhaps his most technically proficient novel yet . . . I dare you to read the first chapter and try not to turn the next page."-Brent Weeks

"Half a King can be summed up in a single word: masterpiece. It's a coming-of-age story. It's a Viking saga. It's a revenge tale and family drama and the return of the prodigal son. But most of all, it's this: a short time alongside people as weak and blundering as we are and, in the midst of it all, as heroic. Far too short a time, as it turns out. What a wonderful book."-Myke Cole

"Half a King is full of all the adventure I've come to expect from Abercrombie and a tenderness I never knew he had."-Sam Sykes