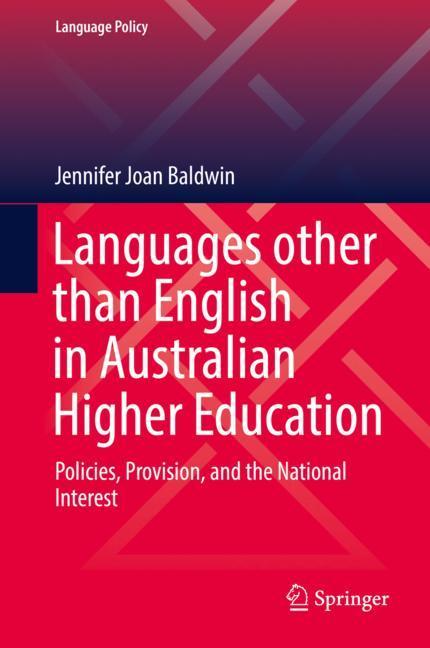 This book researches the study of languages other than English, and their place in the Australian tertiary sector. Languages are discussed in the context of the histories of Australian universities, and the series of reports and surveys about languages across the second half of the twentieth century.
It demonstrates how changes in the ethnic mix of society are reflected in language offerings, and how policies on languages have changed as a result of societal influences.
Also discussed is the extent to which influencing factors changed over time depending on social, cultural, political and economic contexts, and the extent to which governments prioritised the promotion and funding of languages because of their perceived contribution to the national interest.

The book will give readers an understanding as to whether languages have mattered to Australia in a national and international sense and how Australia's attention to languages has been reflected in its identity and its sense of place in the world.