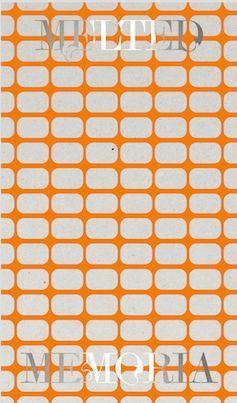 The publication Melted Memoria documents a five-part series of sculptural works by artist Jasmin Werner, in which three buildings' interwoven history and materials are investigated: the Palace of the Republic, Berlin's City Palace, and Burj Khalifa.
To enter a discussion on the culture of memory in public space, Werner draws on the controversy surrounding the construction of Berlin's new City Palace, which was erected on the site of the former Palace of the Republic, and embarks on a search for clues of financial and ideological forms of exchange, which leads her from the Middle Ages to the globalized present. The connection between Berlin and Dubai, the former USSR and the stronghold of global capitalism, already exists in the building material itself - when the Palace of the Republic, symbol of the socialist state's power, was demolished, its steel beams were reused in the construction of the Burj Khalifa in Dubai, currently the tallest building in the world. These entwined historical and ideological connections eventually lead Werner to her Filipino cousin - one of the many oversea Filipino workers in Dubai, whose income significantly contributes to the Philippines' gross domestic product. This personal layer of labor migration and the questions it raises about the moral and historical dimensions of financial debt and money transfers have become crucial to the series' continuation.
Melted Memoria compiles the documentation of exhibitions in form of images and texts along with historical documents, archival material, and writing from the history of economics, which accompanied Jasmin Werner's work process.
Text: Rahel Aima, Elisa Barrera, Marie Sophie Beckmann, Michiel Huijben, Elena Malzew, Petra Marx, Aloys Prinz, Jan Tappe