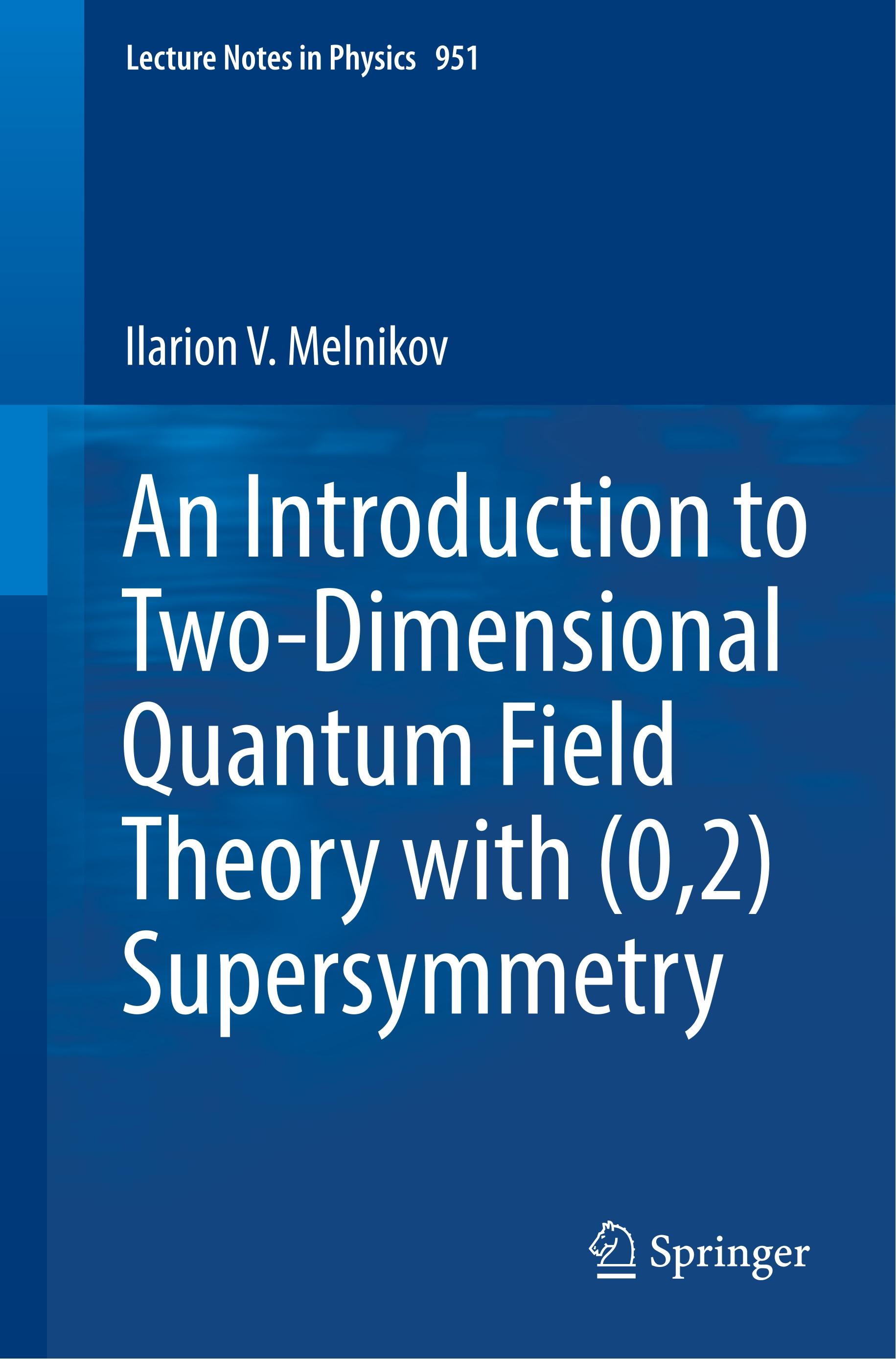 This book introduces two-dimensional supersymmetric field theories with emphasis on both linear and non-linear sigma models. Complex differential geometry, in connection with supersymmetry, has played a key role in most developments of the last thirty years in quantum field theory and string theory. Both structures introduce a great deal of rigidity compared to the more general categories of non-supersymmetric theories and real differential geometry, allowing for many general conceptual results and detailed quantitative predictions. Two-dimensional (0, 2) supersymmetric quantum field theories provide a natural arena for the fruitful interplay between geometry and quantum field theory. These theories play an important role in string theory and provide generalizations, still to be explored fully, of rich structures such as mirror symmetry. They also have applications to non-perturbative four-dimensional physics, for instance as descriptions of surface defects or low energy dynamics of solitonic strings in four-dimensional supersymmetric theories.

The purpose of these lecture notes is to acquaint the reader with these fascinating theories, assuming a background in conformal theory, quantum field theory and differential geometry at the beginning graduate level. In order to investigate the profound relations between structures from complex geometry and field theory the text begins with a thorough examination of the basic structures of (0, 2) quantum field theory and conformal field theory. Next, a simple class of Lagrangian theories, the (0, 2) Landau-Ginzburg models, are discussed, together with the resulting renormalization group flows, dynamics, and symmetries. After a thorough introduction and examination of (0, 2) non-linear sigma models, the text introduces linear sigma models that, in particular, provide a unified treatment of non-linear sigma models and Landau-Ginzburg theories. Many exercises, along with discussions of relevant mathematical notions and important open problems in the field, are included in the text.