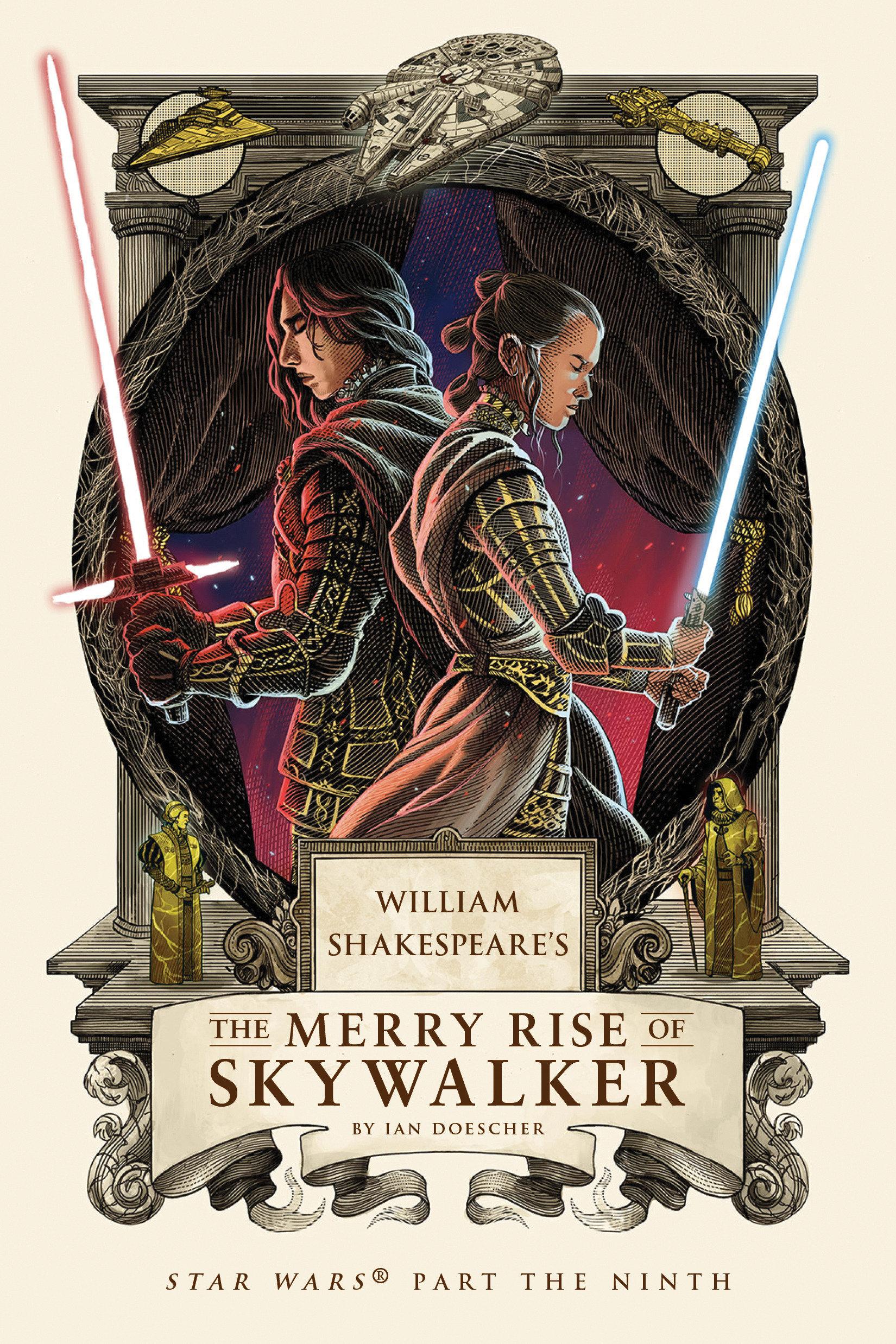 Complete your collection of the William Shakespeare's Star Wars® series and experience the blockbuster finale to the Star Wars® saga in a brand-new way, here reimagined as though it had been penned by the Bard of Avon.

As our story opens, a sea of troubles threatens the valiant Resistance, who are pursued by the sound and fury of the vile First Order. Can Rey, Poe, Finn, Rose, BB-8, Chewbacca, and their allies overcome such toil and trouble? Shall Kylo Ren be proven fortune's fool or master of his fate? What will become of the House of Skywalker? And is all well that ends well?

Authentic meter, stage directions, reimagined movie scenes and dialogue, and hidden Easter eggs will entertain and impress fans of Star Wars® and Shakespeare alike. Every scene and character from the film appears in the book, along with twenty woodcut-style illustrations that depict an Elizabethan version of the Star Wars® galaxy.