Helge-Wolfgang Michel: What A Wonderful Story 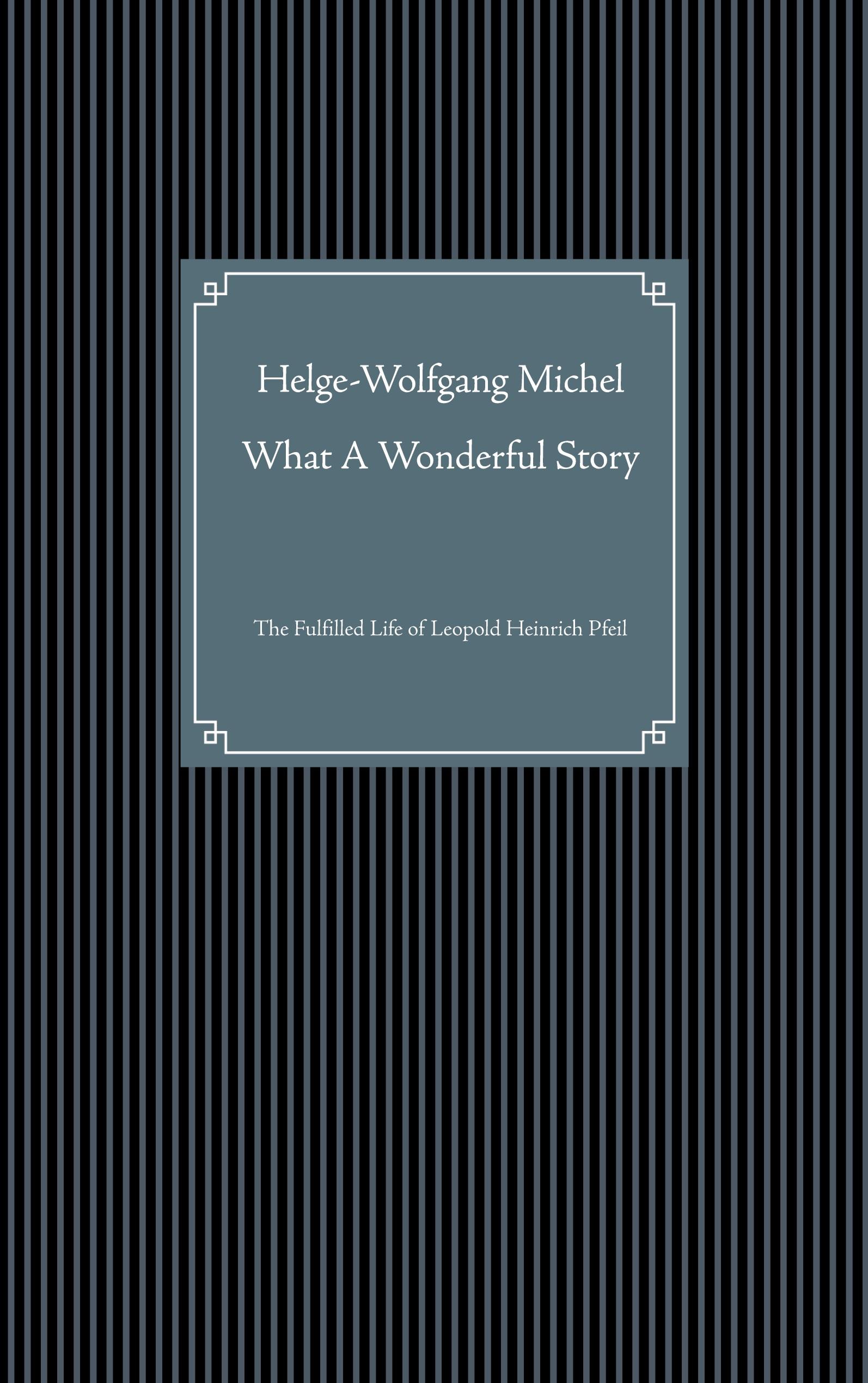 Helge-Wolfgang Michel has written a short biographical novel about Leopold Heinrich Pfeil (1726-1792), "Ist das nicht eine wunderbare Geschichte - Das erfüllte Leben von Leopold Heinrich Pfeil".
Richard W. P. Pfeil, a relative from England, has provided an introduction to this first English edition of, "What A Wonderful Story - The Fulfilled Life of Leopold Heinrich Pfeil".
Dr Joachim Seng, director of the library at the Goethe House in Frankfurt am Main, has further supplemented this with a foreword about Leopold Heinrich Pfeil's special significance in the education of Johann Wolfgang Goethe and his sister Cornelia.
Leopold Heinrich Pfeil, known as, "Henri", followed a remarkable career path at the home of Johann Caspar Goethe (Johann Wolfgang Goethe's father). He initially entered the household as a servant, was then given the position of valet and later that of secretary.
Through his marriage Leopold Heinrich Pfeil became a relative of Goethe's and continued to develop himself as a French language master eventually becoming the successful headmaster of a Frankfurt boarding school for English and French students. His efforts were always guided by the maxim that teaching and learning are mutually dependent.
Johann Wolfgang Goethe praises Henri very highly in, "Dichtung und Wahrheit - Aus meinem Leben" (From my Life: Poetry and Truth; Part 1, Book 4) and dedicated a vaudeville to Henri. References to him appear in various works. Henri also maintained a pen friendship with Leopold Mozart.
In his book, the author sketches a conceivable biography of Henri's life, based on historical data and facts. The story is presented in a discerning manner but is neither overbearing nor moralising. Henri narrates his own life from birth to death in the first person and in the present historic tense.
In addition to his friend and patron Johann Caspar Goethe, family members as well as teachers and friends play leading roles in Henri's story.
This book is aimed at readers interested in contemporary, cultural or literary history, who are interested in studying this subject matter in a biographical way.
As a literary genre, the work is assigned to fiction and here, as already discussed at the outset, it belongs to the field of biographical novels.