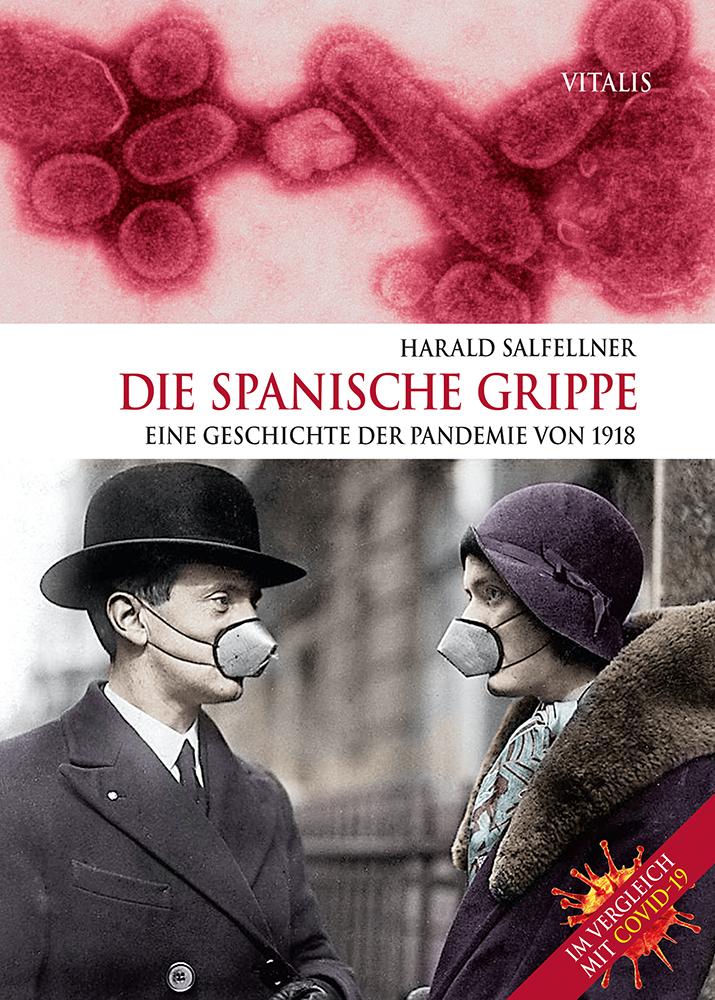 A hundred years ago, as the First World War came to an end after four brutal years, a lethal pandemic was gaining ground: the Spanish flu. Day by day the death toll climbed. Decades later, epidemiologists would speak of 20, 50, or even 100 million flu victims around the world. It thus claimed many more human lives even than the Great War.
To mark its 100th anniversary, medical historian Harald Salfellner has produced a lavishly illustrated volume that sets the disease in its global context and reveals its true impact. In 30 chapters, he shows its obscure origins, the separate waves of infection and the symptoms of the dreaded pneumonia, against which doctors were largely helpless. The author has drawn on a wealth of sources to flesh out the human dimension of the flu: the agonising deaths of young civilians and soldiers, the dying gasps of mothers with babes in arms. The millions of casualties included the English artist Harold Gilman, French poet Guillaume Apollinaire, Russian silent film star Vera Kholodnaya and Frederick Trump - the grandfather of the US President-to-be. Thousands of doctors and nurses also succumbed to the deadly virus while carrying out their duties.
Featuring over 250 pictures, this fascinating chronicle of the Spanish flu lets us travel back to the time of the worst public health disaster in human history.