Hallie Ephron: Careful What You Wish For

Hallie Ephron
Careful What You Wish For
Buch 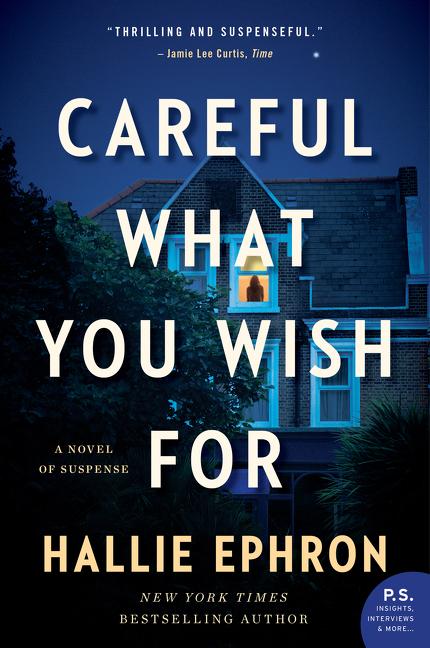 From the New York Times bestselling author of There Was an Old Woman comes a novel about a professional organizer with a deadly problem she may not be able to clean up.

"Thrilling and suspenseful.... I laughed more than I expected to, related to quotidian elements like overpacked closets, and let myself be carried along on this nightmare of a trip.... Emily...is a friend we would all want to keep—messes included.”—Jamie Lee Curtis, Time

Emily Harlow is a professional organizer who helps people declutter their lives; she's married to man who can't drive past a yard sale without stopping. He's filled their basement, attic, and garage with his finds, and she'd love nothing better than to toss out all of it. He says he's a collector. Emily knows better—he's a hoarder. The larger his "collection” becomes, the deeper the distance grows between Emily and the man she married.

Luckily, Emily's got two new clients to distract herself: an elderly widow whose husband left behind a storage unit she didn't know existed, and a young wife whose husband won't allow her stuff into their house. Emily's initial meeting with the young wife takes a detour when, after too much wine, the women end up fantasizing about how much more pleasant life would be without their collecting spouses.

But the next day Emily finds herself in a mess that might be too big for her to clean up. Careful what you wish for, the old adage says. Now Emily might lose her freedom, her marriage . . . and possibly her life.