Giles Milton: Big Chief Elizabeth: The Adventures and Fate of the First English Colonists in America 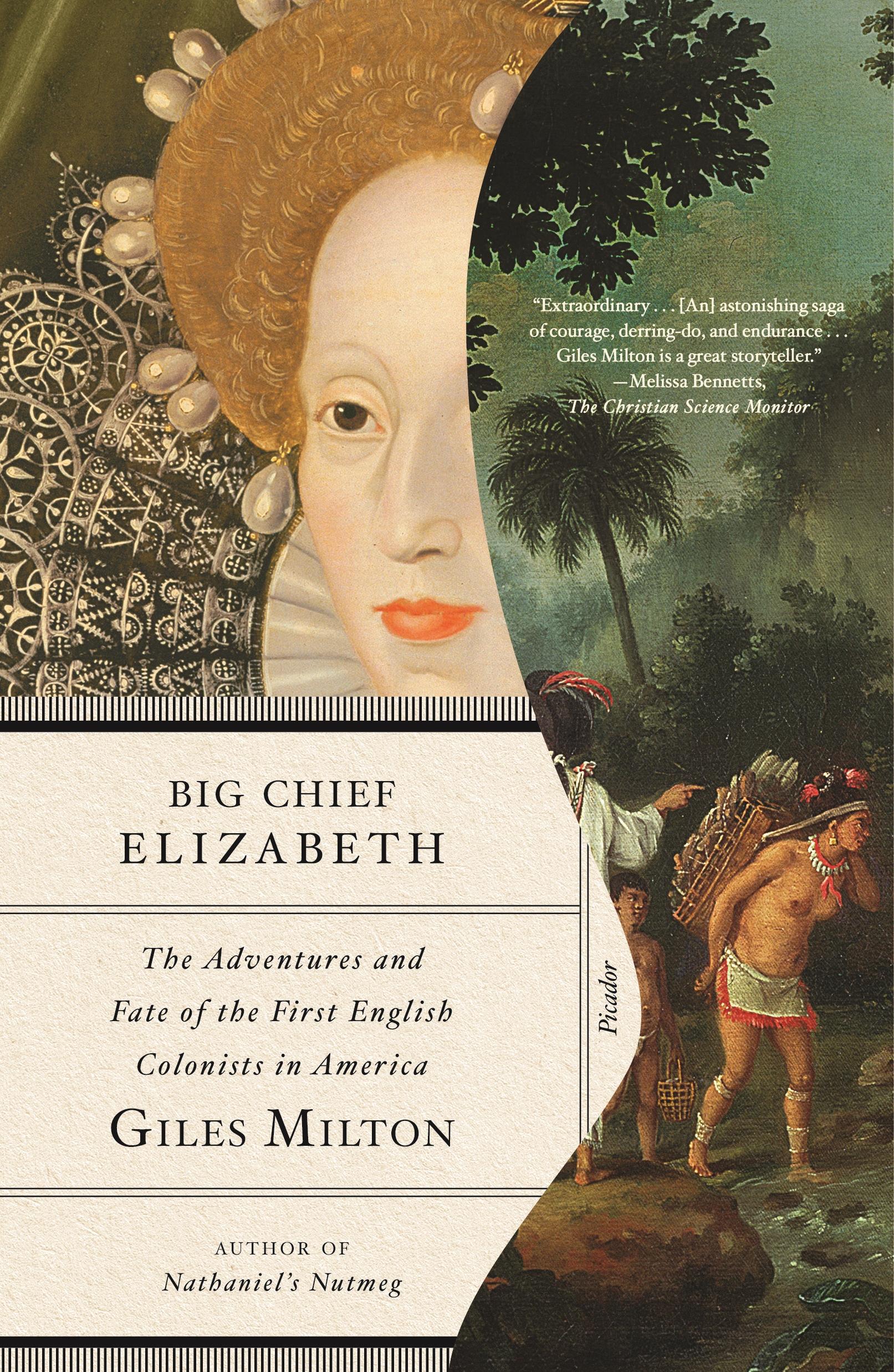 In April 1586, Queen Elizabeth I acquired a new and exotic title. A tribe of Native Americans had made her their weroanza-a word that meant "big chief". The news was received with great joy, both by the Queen and her favorite, Sir Walter Ralegh. His first American expedition had brought back a captive, Manteo, who caused a sensation in Elizabethan London. In 1587, Manteo was returned to his homeland as Lord and Governor, with more than one hundred English men, women, and children. In 1590, a supply ship arrived at the colony to discover that the settlers had vanished.

For almost twenty years the fate of Ralegh's colonists was to remain a mystery. When a new wave of settlers sailed to America to found Jamestown, their efforts to locate the lost colony were frustrated by the mighty chieftain, Powhatan, father of , who vowed to drive the English out of America. Only when it was too late did the settlers discover the incredible news that Ralegh's colonists had survived in the forests for almost two decades before being slaughtered in cold blood by henchmen. While Sir Walter Ralegh's "savage" had played a pivotal role in establishing the first English settlement in America, he had also unwittingly contributed to one of the earliest chapters in the decimation of the Native American population. The mystery of what happened to these colonists who seemed to vanish without a trace lies at the heart of this well-researched work of narrative history.