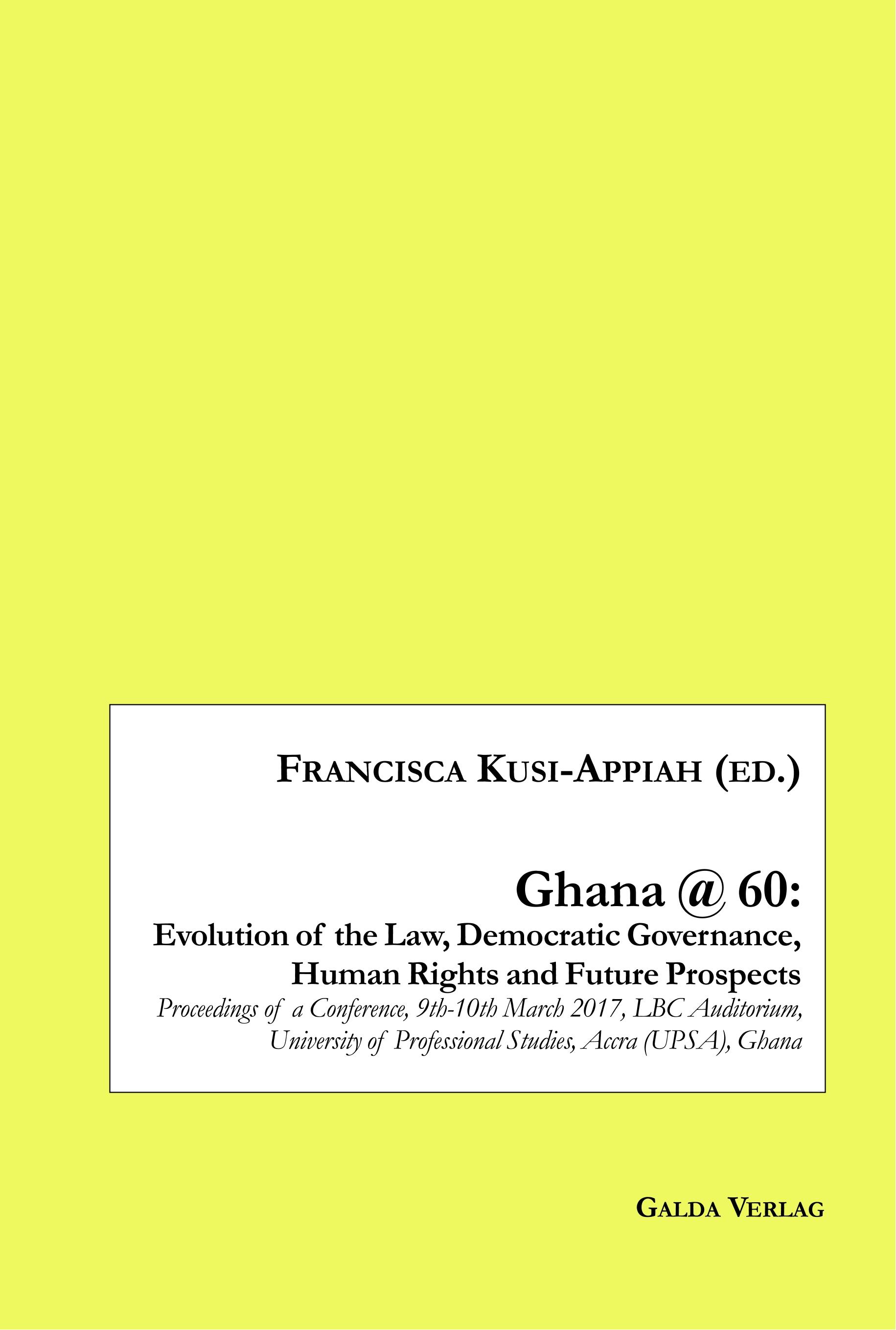 This Ghana, previously known as the Gold Coast, marked her sixty years of independence in 2017. Ghana has experienced several phases of governance: from parliamentary democracy to dictatorial one-party governance, military regimes to multi-party democratic governance. Since 1992, Ghana has enjoyed over twenty-five years of uninterrupted civilian rule. However, many argue that the current civilian regime requires immediate reforms to rectify certain fundamental flaws, particularly pertaining to democratic governance and human rights.

In the light of the above, the Faculty of Law of the University of Professional Studies, Accra (UPSA) organized a two-day conference, which witnessed deliberations among various stakeholders, including members of the Executive Branch of Government, Parliamentarians, the Judiciary, Academia and Civil Society. The outcome of the conference generated comprehensive papers on the evolution of law in Ghana, human rights protection in Ghana since independence, democratic governance and sustainable development of Ghana.