From Analysis to Visualization

From Analysis to Visualization
Buch 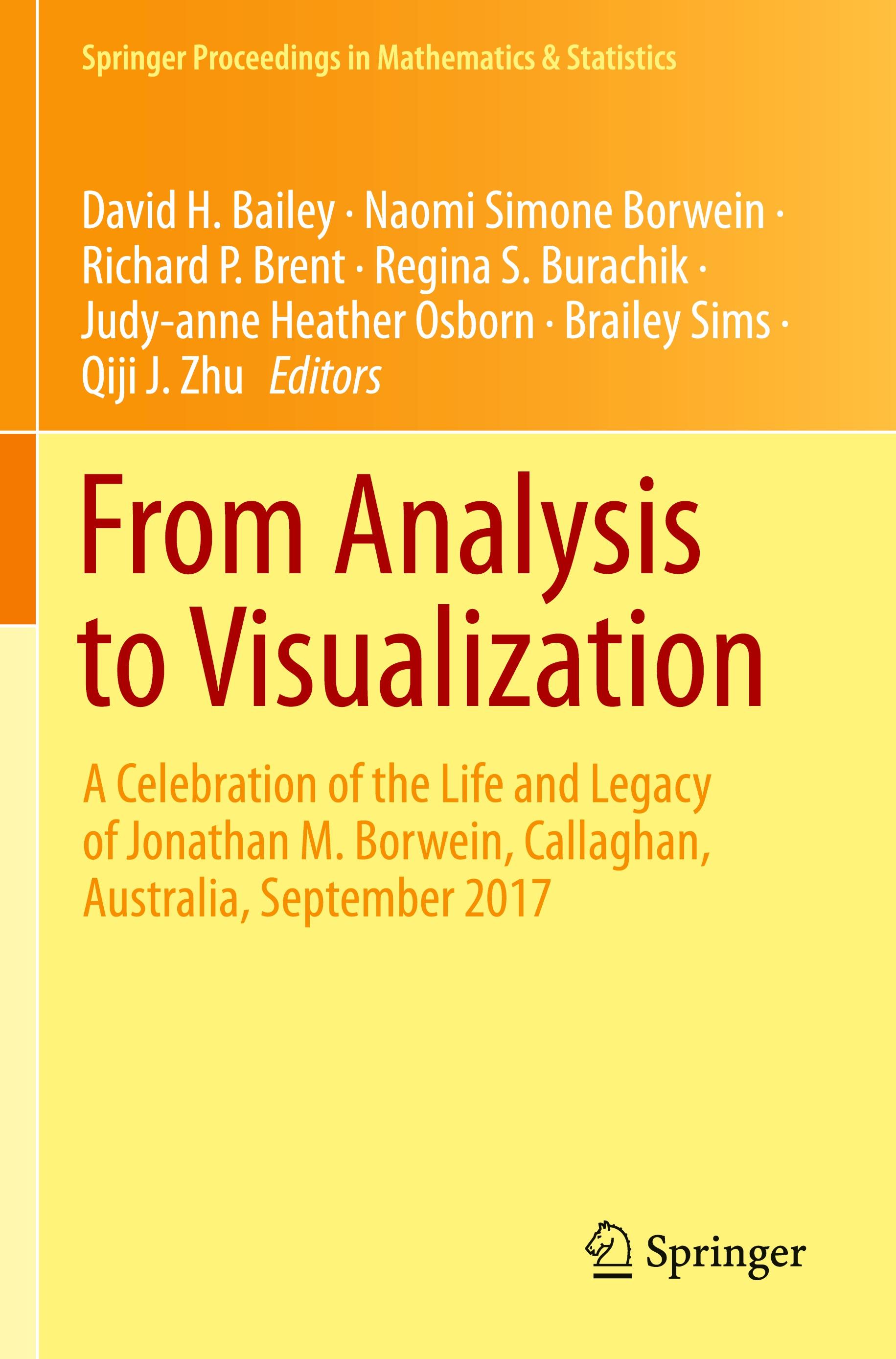 Students and researchers from all fields of mathematics are invited to read and treasure this special Proceedings. A conference was held 25 -29 September 2017 at Noah's On the Beach, Newcastle, Australia, to commemorate the life and work of Jonathan M. Borwein, a mathematician extraordinaire whose untimely passing in August 2016 was a sorry loss to mathematics and to so many members of its community, a loss that continues to be keenly felt. A polymath, Jonathan Borwein ranks among the most wide ranging and influential mathematicians of the last 50 years, making significant contributions to an exceptional diversity of areas and substantially expanding the use of the computer as a tool of the research mathematician. The contributions in this commemorative volume probe Dr. Borwein's ongoing legacy in areas where he did some of his most outstanding work: Applied Analysis, Optimization and Convex Functions; Mathematics Education; Financial Mathematics; plus Number Theory, Special Functions and Pi, all tinged by the double prisms of Experimental Mathematics and Visualization, methodologies he championed.

Qiji J. Zhu is a Professor in the Department of Mathematics at Western Michigan University. He received his doctorate at Northeastern University in 1992. He has been a Research Associate at University of Montreal, Simon Fraser University and University of Victoria, Canada.