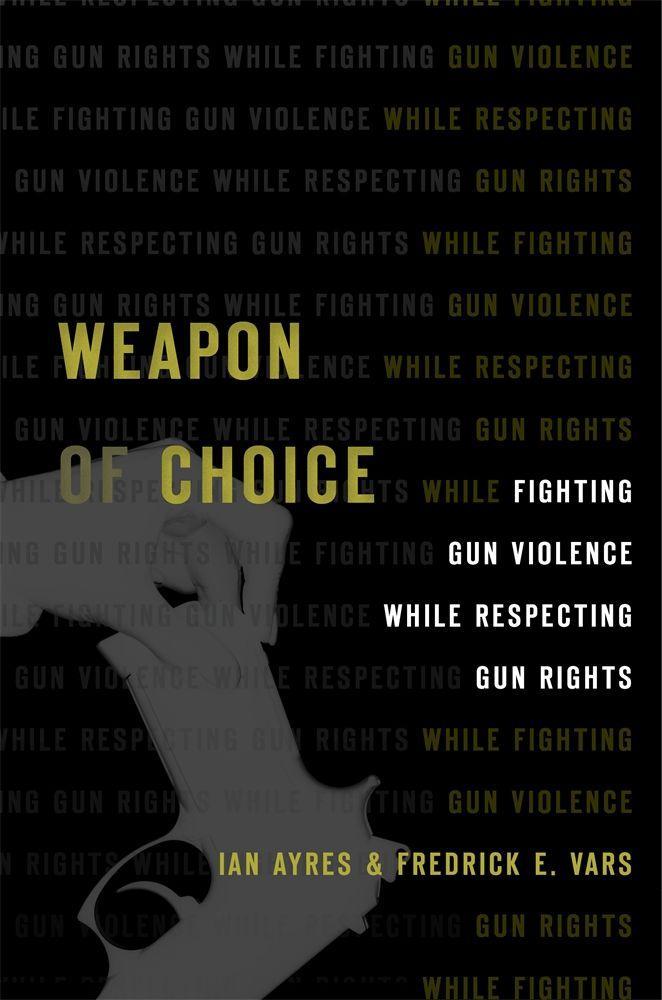 How ordinary Americans, frustrated by the legal and political wrangling over the Second Amendment, can fight for reforms that will both respect gun owners' rights and reduce gun violence. Efforts to reduce gun violence in the United States face formidable political and constitutional barriers. Legislation that would ban or broadly restrict firearms runs afoul of the Supreme Court's current interpretation of the Second Amendment. And gun rights advocates have joined a politically savvy firearm industry in a powerful coalition that stymies reform. Ian Ayres and Fredrick Vars suggest a new way forward. We can decrease the number of gun deaths, they argue, by empowering individual citizens to choose common-sense gun reforms for themselves. Rather than ask politicians to impose one-size-fits-all rules, we can harness a libertarian approach-one that respects and expands individual freedom and personal choice-to combat the scourge of gun violence. Ayres and Vars identify ten policies that can be immediately adopted at the state level to reduce the number of gun-related deaths without affecting the rights of gun owners. For example, Donna's Law, a voluntary program whereby individuals can choose to restrict their ability to purchase or possess firearms, can significantly decrease suicide rates. Amending Red Flag statutes, which allow judges to restrict access to guns when an individual has shown evidence of dangerousness, can give police flexible and effective tools to keep people safe. Encouraging the use of unlawful possession petitions can help communities remove guns from more than a million Americans who are legally disqualified from owning them. By embracing these and other new forms of decentralized gun control, the United States can move past partisan gridlock and save lives now.