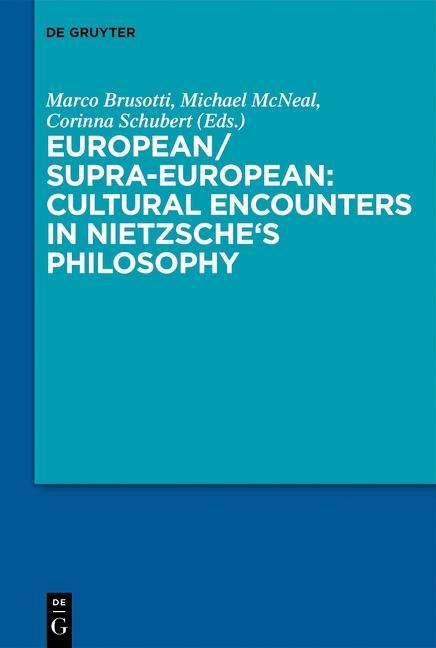 Nietzsche says "good Europeans" must not only cultivate a "supra-national" view, but also "supra-European" perspective to transcend their European biases and see beyond the horizon of Western culture.

The volume takes up such conceptual frontier crossings and syntheses. Emphasizing Nietzsche's genealogy of European culture and his reflections upon the constitution of Europe in the broadest sense, its essays examine peoples and nations, values and arts, knowledge and religion. Nietzsche's apprehensions about the crises of nihilism and decadence and their implications for Europe's (and humankind's) future are investigated in this context.

Concerning the crossing of notional frontiers, contributors examine Nietzsche's hoped-for dismantling of Europe's state borders, the overcoming of national prejudices and rivalries, and the propagation of a revitalizing "supra-European" perspective on the continent, its culture(s) and future. They also illuminate lines of syntheses, notably the syncretism of the ancient Greeks and its possible example for the European culture to-be.

Finally certain of Europe's current problems are considered via the critical apparatus furnished by Nietzsche's philosophy and the diagnostic tools it provides.