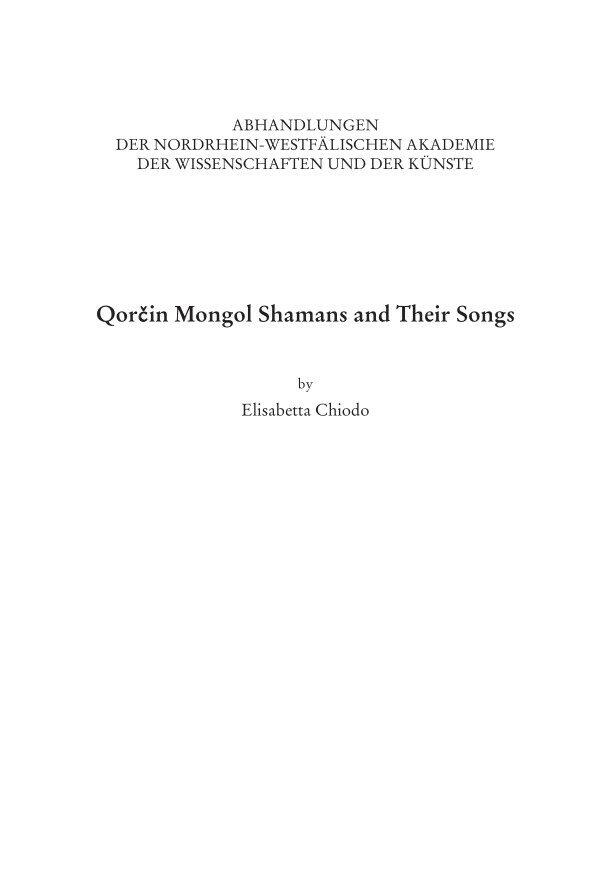 The book presents the annotated texts of 21 songs of Eastern Mongol shamans. The transcriptions are kept in the Archives of Oral Literature of the Northrhine-Westphalian Academy of Sciences and Arts in Düsseldorf.
The publication contributes new knowledge of the history, ritual practices, beliefs and customs of the Qorcin (Khorchin) Mongol shamans of eastern Inner Mongolia in particular. It focuses on 21 shamanic songs performed for different purposes. They are sung by 8 shamans who were born in the first decades of the 20th century. The Mongol texts of the songs are supplied with an English translation, extensive commentaries, and melodies in numeric notation. The author analyses the 21 songs by making use of passages from songs belonging to the repertoire of other Qorcin Mongol shamans. The 21 songs were placed within a broad framework of Mongolian oral legends and heroic epics, showing that they also evoke themes recurring in different contexts. The book contains 18 photos taken by the author during field trips among the Qorcin shamans.