Elijah Cummings: We're Better Than This 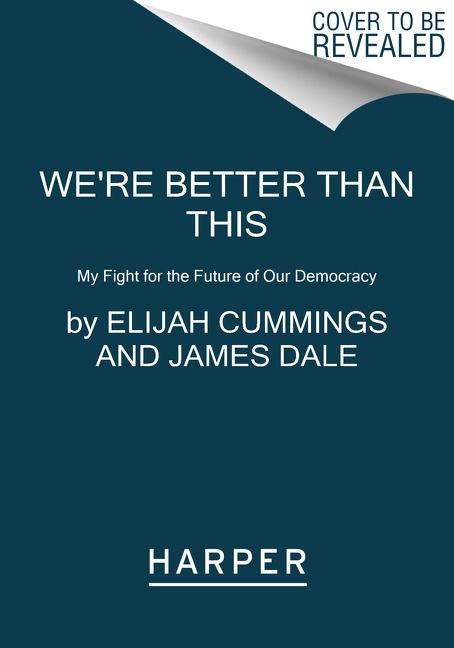 One of Essence's Best Books of the Year. NAACP Image Awards Winner for Outstanding Literary Work in the Debut Author category.

With a foreword by Speaker Nancy Pelosi.

"There was no greater friend to the poor, to the lost, to the left out, and to the left behind. If you want to understand this great man, read his historic, important book and learn the lessons and values from his 'moral voice crying in the wilderness' on behalf of our American democracy.”

Known for his poise, intellect, and influence until his death in October 2019, Elijah Cummings was one of the most respected figures in contemporary politics, a politician who held fast to his beliefs but was not afraid to reach across the aisle in the name of friendship and progress. Since his earliest days in government through his time as a representative and chairman of the House Oversight and Reform Committee, he proved his abilities as a politician who could operate at the highest levels of democracy, serving the people of Baltimore and illustrating the importance of working with—and for—the underdog.

Yet in his final years of life, Cummings recognized that democracy was the underdog. We're Better Than This draws from Cummings's own life to show the formative moments that prepared him for the disturbing first years of the Trump presidency and spurred him to hold the administration accountable for their actions. Weaving together the urgent drama of modern-day politics and character-defining stories from his past, Cummings offers a never-before-told perspective on how his personal history, coming of age in South Baltimore, laid the foundation of a life spent fighting for justice. He goes behind the scenes with the House Democratic leadership, offering an eye-opening chronicle of the grim realities of holding the Trump administration to account. Detailing this moment of unprecedented obstructionism by both the president and Republicans, Cummings presents a vital defense of how government oversight defines our collective trust, examining the dangerous precedent for both parties that exists if the executive branch remains above public scrutiny.

Part memoir, part call to action, We're Better Than This is the story of our modern-day democracy and the threats that we all must face together, as well as a retrospective on the life and career of one of our country's most inspirational politicians. As we approach another test of our democracy, the next race for the White House, We're Better Than This reminds people that in this country we don't elect kings, and we cannot afford four more years of this false one.

Elijah Cummings
We're Better Than This: Young Readers' Edition: My Fight for the Future of Our Democracy
Buch
EUR 16,95*

Elijah Cummings
We're Better Than This: My Fight for the Future of Our Democracy
Buch
EUR 29,42*

Elijah Cummings
We're Better Than This: My Fight for the Future of Our Democracy
Buch
EUR 27,91*
alle anzeigen