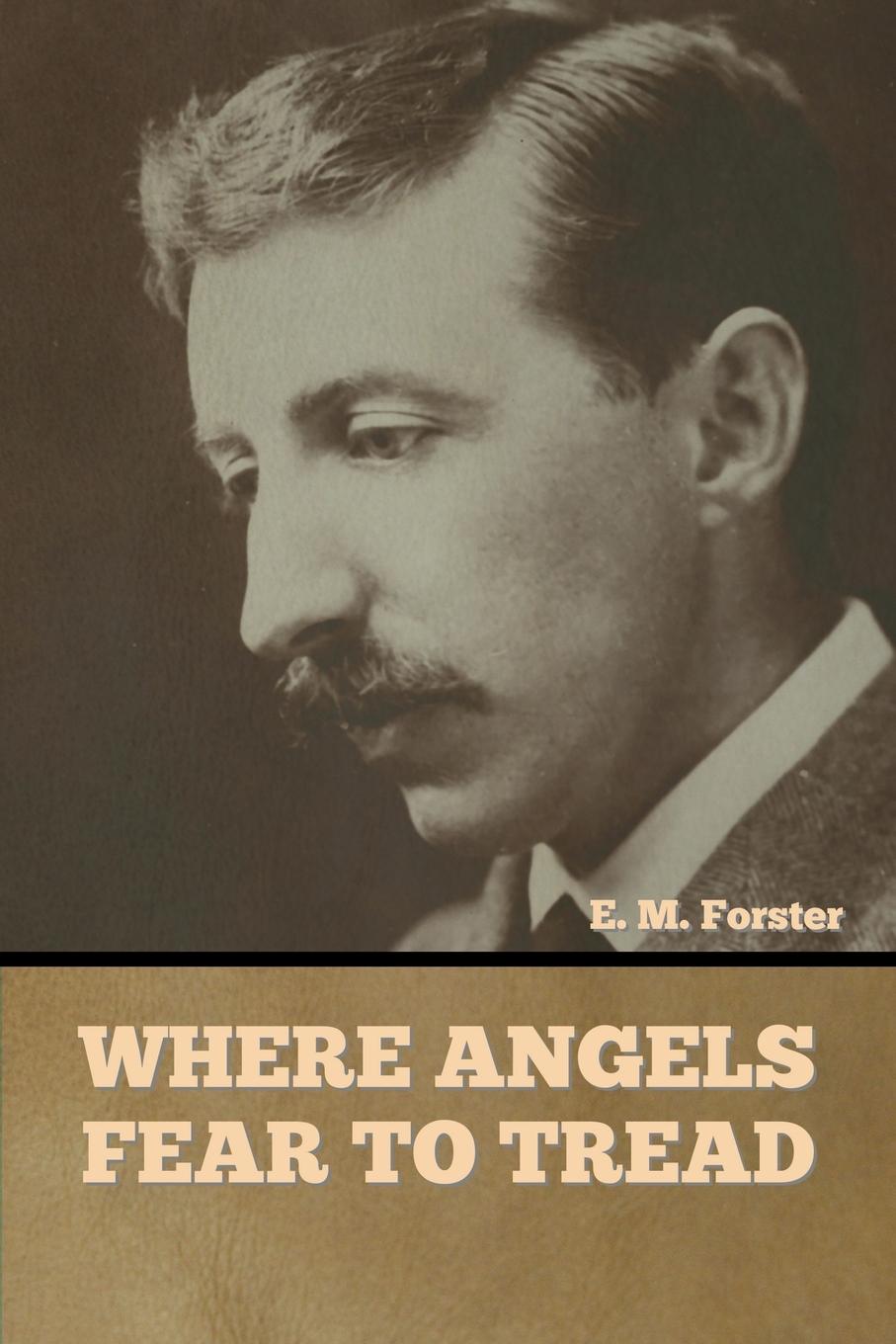 Where Angels Fear to Tread (1905) is a novel by E. M. Forster. The title comes from a line in Alexander Pope's An Essay on Criticism: "For fools rush in where angels fear to tread".

In 1991 it was made into a film by Charles Sturridge, starring Rupert Graves, Giovanni Guidelli, Helen Mirren, Helena Bonham Carter, and Judy Davis. A ten-part radio adaptation of the novel was broadcast on BBC Radio 4. An opera based on the novel by Mark Weiser was premiered at the Peabody Institute of Music in 1999, and received its professional premiere at Opera San Jose in 2015.

On a journey to Tuscany with her young friend and travelling companion Caroline Abbott, widowed Lilia Herriton falls in love with Gino, a handsome Italian man much younger than herself, and decides to stay. Furious, her dead husband's family send Lilia's brother-in-law Philip to Italy to prevent a misalliance, but he arrives too late. Lilia has already married Gino and becomes pregnant again. She gives birth to a son, but dies in childbirth. Caroline decides to go to Tuscany again to save the child from what she perceives will be a difficult life. Not to be outdone, the Herritons send Philip again to Italy, this time accompanied by his sister Harriet, to save the family's reputation. In the public eye, they make it known that it is both their right and their duty to travel to Italy to obtain custody of the infant so that he can be raised as an Englishman. Secretly, though, they have no regard for the child, only public appearances.

Philip and Harriet meet Caroline in Monteriano. Both Philip and Caroline eventually fall under the charm of Italy, which causes them to waver in their original purpose. They further learn that Gino is fiercely devoted to Lilia's infant son. As they admit defeat in their mission however, Harriet kidnaps the baby, but the baby is accidentally killed when the carriage he is in overturns. Gino, hearing the news, attacks Phillip, but the two are reconciled after Caroline's mediation. Gino's physical outburst toward Philip in response to the news makes Philip realise what it is like to truly be alive. The guilt felt by Harriet causes her to lose her mind. Finally, as Philip and Caroline return to England, he realises that he is in love with Caroline but that he can never be with her, because she admits, dramatically, to being in love with Gino. (wikipedia. org)