Joe Parkinson: Bring Back Our Girls: The Untold Story of the Global Search for Nigeria's Missing Schoolgirls

Joe Parkinson, Drew Hinshaw
Bring Back Our Girls: The Untold Story of the Global Search for Nigeria's Missing Schoolgirls
Buch 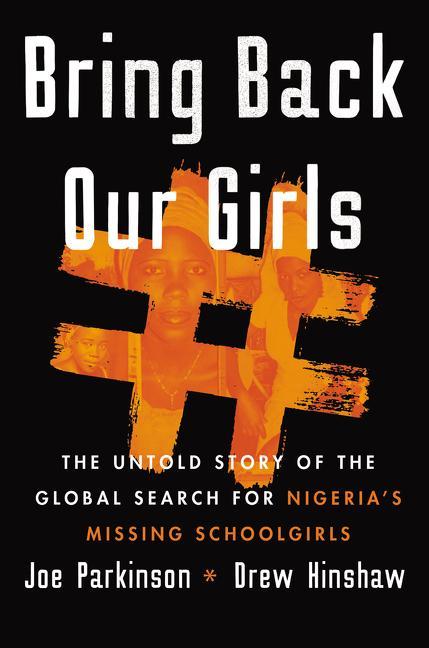 Weitere Ausgaben von Bring Back Our Girls: The Untold Story of the Global Search for Nigeria's Missing Schoolgirls

A 2021 Daily Telegraph Book of the Year

"Everyone should read the testimonies of the Chibok girls who survived the capture. We need to help with efforts to liberate all of them and become more responsible for women and girls' protection in conflicts.” — Malala Yousafzai

What happens after you click Tweet? The heart-stopping definitive account of the mission to rescue hundreds of Nigerian schoolgirls whose abduction ignited a global social media campaign and a dramatic worldwide intervention.

In the spring of 2014, millions of Twitter users, including some of the world's most famous people, unwittingly helped turn a group of 276 schoolgirls abducted by a little-known Islamist sect into a central prize in the global War on Terror by retweeting a call for their release: #BringBackOurGirls. With just four words, their tweets launched an army of would-be liberators. Soldiers and drones, spies, mercenaries, and glory hunters descended into an obscure conflict that few understood, in a remote part of Nigeria that had barely begun to use the internet.

When hostage talks and military intervention failed, the schoolgirls were forced to take survival into their own hands. As their days in captivity dragged into years, the young women learned to withstand hunger, disease, and torment, and became witnesses and victims of unspeakable brutality. Many of the girls were Christians who refused to take the one path offered them—converting to their captors' fundamentalist creed. In secret, they sang hymns, and kept a diary, relying on their faith and friendships to stay alive.

Bring Back Our Girls unfolds across four continents, from the remote forests of northern Nigeria to the White House; from clandestine meetings in Khartoum safe houses to century-old luxury hotels on picturesque lakes in the Swiss Alps. A twenty-first century story that plumbs the promise and peril of an era whose politics are fueled by the power of hashtag advocacy, this urgent and engrossing work of investigative journalism reveals the unpredictable interconnectedness of our butterfly-wings world, where a few days of online activism can bring years of offline consequences for people continents away.