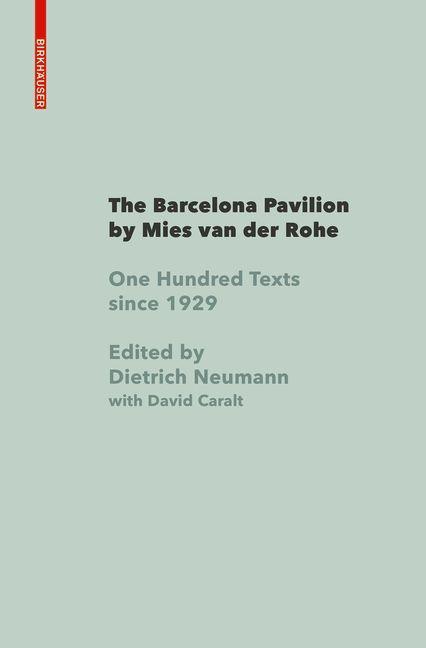 While Mies van der Rohe's pavilion at the International Exposition in Barcelona in 1929 went unnoticed by most of the visitors to the fairgrounds, contemporary critics enthusiastically hailed it as the most convincing statement of the Modern Age.

This book presents 100 selected texts about this much discussed building, written then and now: from the opening speech by the Spanish king, to newspaper articles and private letters, voices of contemporary architects, architecture critics and historians, and even a text by artist Ai Weiwei, who created an installation in the outdoor area of the pavilion in 2010.

Thus the history of this building's reception depicts a dazzling picture and inconceivable breadth, including statements by such eminent authors as Frank Lloyd Wright, Leonardo Benevolo, Rem Koolhaas, Peter Eisenman.