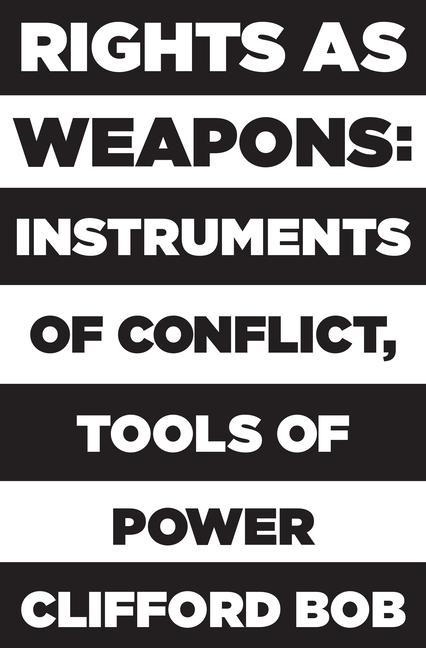 Rights are usually viewed as defensive concepts representing mankind's highest aspirations to protect the vulnerable and uplift the downtrodden. But since the Enlightenment, political combatants have also used rights belligerently, to batter despised communities, demolish existing institutions, and smash opposing ideas. Delving into a range of historical and contemporary conflicts from all areas of the globe, Rights as Weapons focuses on the underexamined ways in which the powerful wield rights as aggressive weapons against the weak. Clifford Bob looks at how political forces use rights as rallying cries: naturalizing novel claims as rights inherent in humanity, absolutizing them as trumps over rival interests or community concerns, universalizing them as transcultural and transhistorical, and depoliticizing them as concepts beyond debate. He shows how powerful proponents employ rights as camouflage to cover ulterior motives, as crowbars to break rival coalitions, as blockades to suppress subordinate groups, as spears to puncture discrete policies, and as dynamite to explode whole societies. And he demonstrates how the targets of rights campaigns repulse such assaults, using their own rights-like weapons: denying the abuses they are accused of, constructing rival rights to protect themselves, portraying themselves as victims rather than violators, and repudiating authoritative decisions against them. This sophisticated framework is applied to a diverse range of examples, including nineteenth-century voting rights movements; the American civil rights movement; nationalist, populist, and religious movements in today's Europe; and internationalized conflicts related to Palestinian self-determination, animal rights, gay rights, and transgender rights.