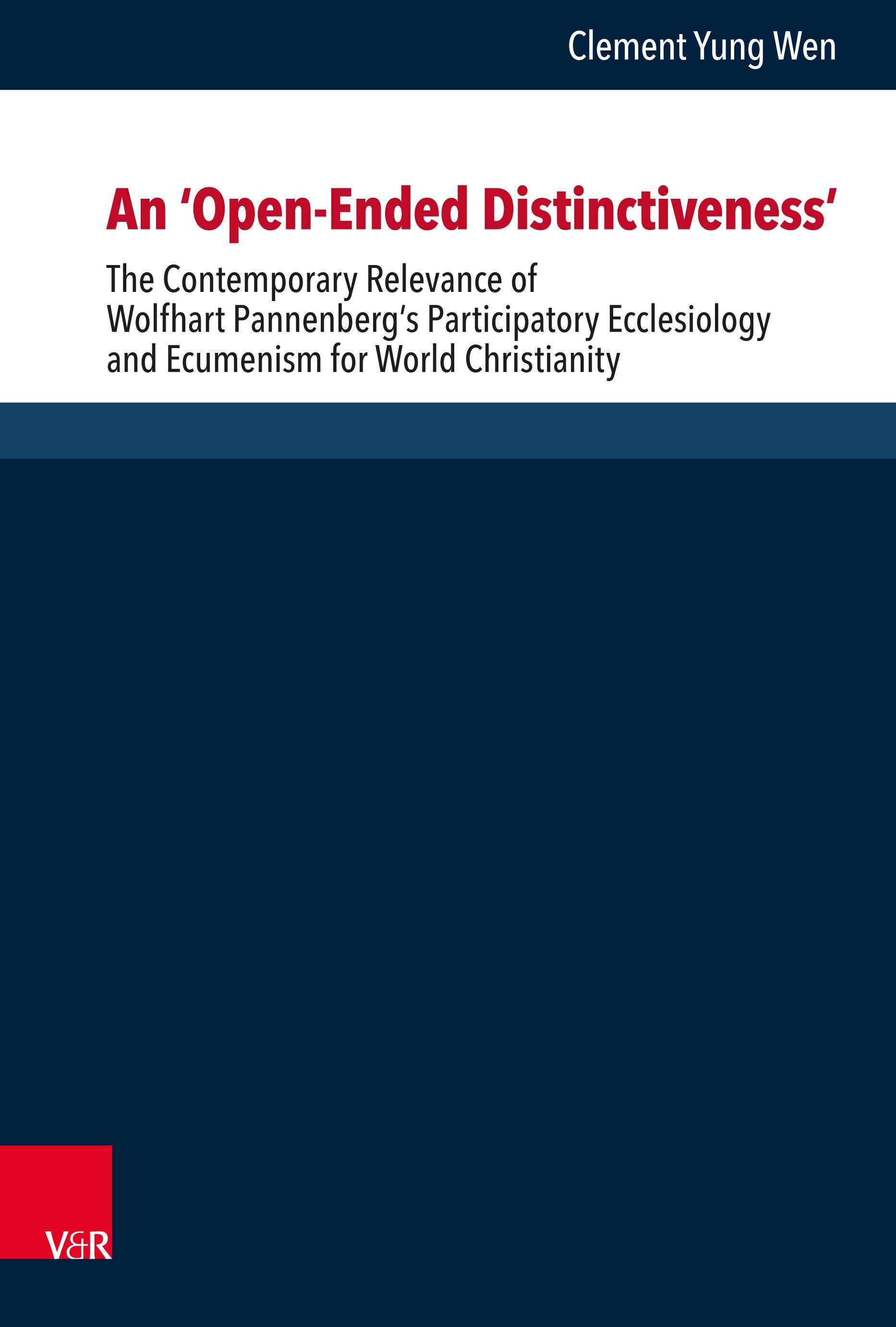 Insofar as the twentieth century has often been referred to as 'the ecumenical century', the twenty-first seems poised to become known as 'the century of World Christianity'. Into this situation, the present study seeks to show the ongoing relevance of Wolfhart Pannenberg's ecclesiological and ecumenical proposals and, in doing so, finds that his eschatologically-oriented and historically-rooted emphasis upon an 'open-ended distinctiveness' is exactly the kind of corrective that the emerging theological paradigm of World Christianity needs if it wants not only to stay contextually 'open-ended', but remain 'distinctively' Christian in outlook and character as well. Towards that end, the book begins with the story of ecclesiology's definitional expansion (from the time of the Reformation to now) before tracing the biographical and ideational roots of Pannenberg's overall programme. The study then proceeds by outlining the main contours of Pannenberg's ecclesiology and ecumenism, especially as such pertain to World Christianity. In this regard, several facets of Pannenberg's thought are highlighted for consideration, including his understanding of 'the church as sign of the kingdom', his doctrine of 'participation in Christ', his reassertion of the church's missionary task, his (underdeveloped) 'personalist' and 'social' thought-structures, his (ironically relevant) 'Constantinianism', his (directly relevant yet abstract) notion of 'creative love', and his views concerning contextualization and the ecumenical potential of the Nicene-Constantinopolitan Creed of 381. While much that is here developed serves as a healthy corrective for an emerging theological paradigm that is still maturing, some surprising critical insights arise that also flow the other way.