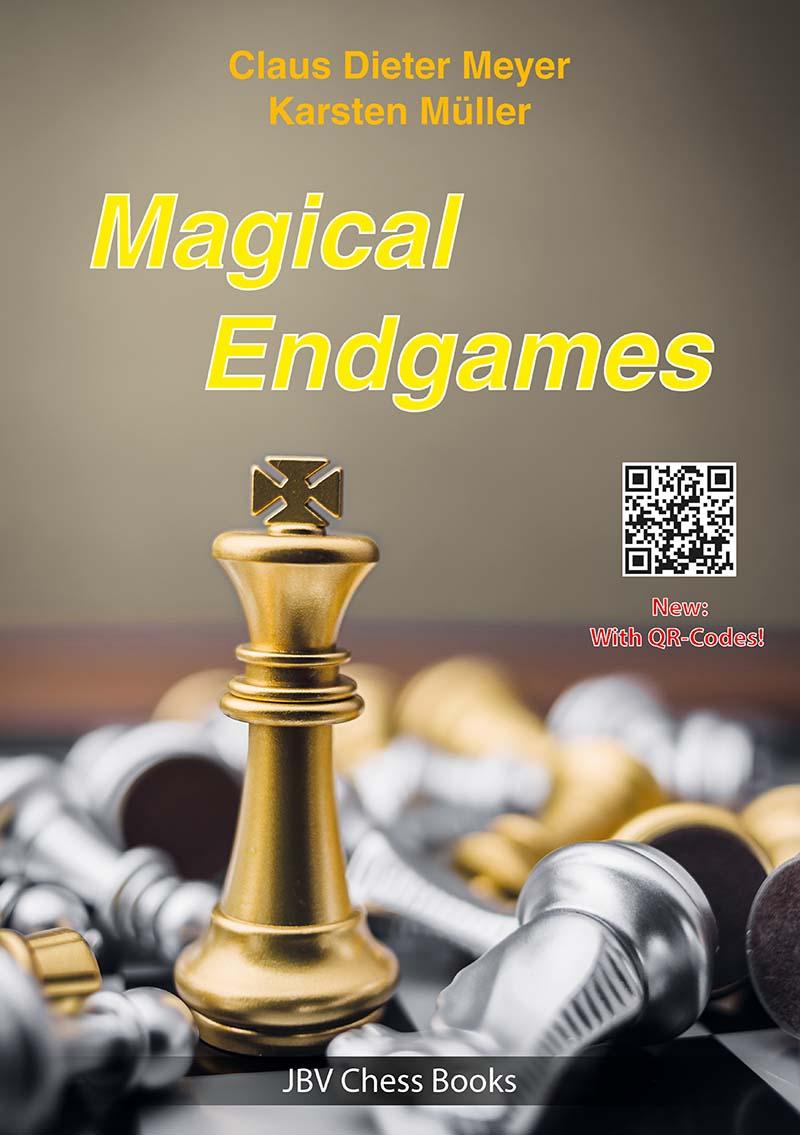 Thanks to the QR codes above the diagrams, you can download the posi- tion directly to your smartphone and watch or analyze the game, so that the laborious and error-prone input by hand is no longer necessary.
This book is the last product of the long-term collaboration of the renowned German grandmaster Dr. Karsten Müller and the chess trainer and analyst FM Claus Dieter Meyer (1946-2020), whose heart's desire was to write yet another book on endgames.
The focus is on such 'magical topics' as mate, stalemate, zugzwang and rook endings - especially on examples in which 'magic' and instructive content are linked in a way that many rules of thumb can be illustrated and - what is almost more important - many exceptions to the rules.
"Claus Dieter Meyer and Dr. Karsten Müller take the reader on a fantastic journey - not to the center of the earth or to the stars, but to magical moments in chess endgames.
Join GM Luis Engel's king's march all over the board. Marvel at Magnus Carlsen's elegance in an endgame with opposite-colored bishops. Be amazed by the blackout of a silicon monster against an opponent of its own kind.
In his inimitable way, Claus Dieter Meyer went in search of such examples. Since the beginning of his coaching career, he has been driven by the desire to discover surprising points, by the joy of researching the subtlety of different move orders and the search for a glimmer of hope in seemingly hopeless situations.
The most brilliant studies and exquisite games from world champions appear next to uncut diamonds from lower leagues. What all the examples have in common, however, is the original idea, the brainstorm, sometimes even a cascade of brilliant maneuvers. Collected by Claus Dieter Meyer and put on paper by Dr. Karsten Müller.
This book is highly recommended as a valuable collection of material and entertaining reading for all players, learners and coaches."
(Excerpts from the preface by the junior coach of the German Chess Federation, Bernd Vökler)