Christy Cobb: Slavery, Gender, Truth, and Power in Luke-Acts and Other Ancient Narratives 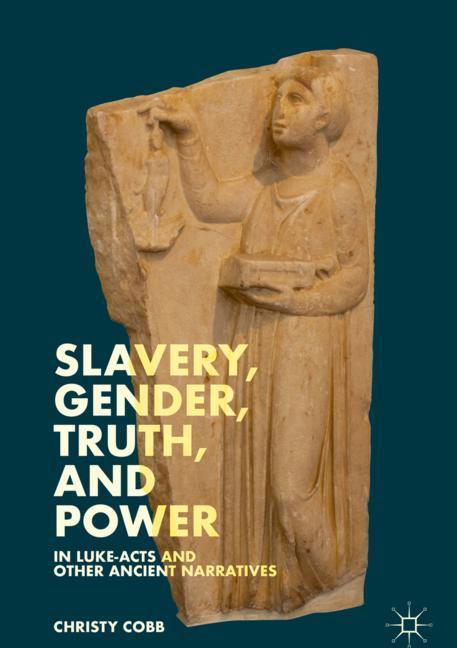 This book examines slavery and gender through a feminist reading of narratives including female slaves in the Gospel of Luke, the Acts of the Apostles, and early Christian texts. Through the literary theory of Mikhail Bakhtin, the voices of three enslaved female characters-the female slave who questions Peter in Luke 22, Rhoda in Acts 12, and the prophesying slave of Acts 16-are placed into dialogue with female slaves found in the Apocryphal Acts, ancient novels, classical texts, and images of enslaved women on funerary monuments. Although ancients typically distrusted the words of slaves, Christy Cobb argues that female slaves in Luke-Acts speak truth to power, even though their gender and status suggest that they cannot. In this Bakhtinian reading, female slaves become truth-tellers and their words confirm aspects of Lukan theology. This exegetical, theoretical, and interdisciplinary book is a substantial contribution to conversations about women and slaves in Luke-Acts and early Christian literature.