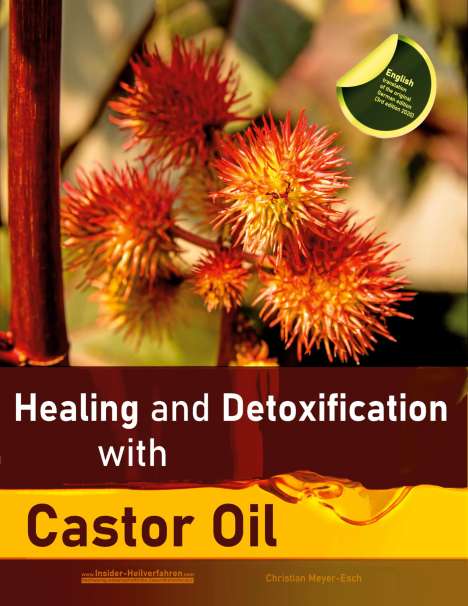 Most people only know castor oil as a laxative. But so far only known in insider circles is the fact that a dozen diseases have already been cured with the help of castor oil. Whether severe Allergies, Tinnitus, Hair loss / Balding, Histamine intolerance, Acne, Migraines and even Myopia and much more. All these healing successes are based on the experience of people who have tried it and whose experience reports have been written down in this book.

In addition, the book provides specialist information about the exact mechanism of action and the prostaglandins, you will learn precise instructions for detoxification and everything you need to know about castor oil. Environmental toxins such as heavy metals, pesticides and other chemical cocktails are on the rise, requiring efficient means of removing toxins from the body. With castor oil, nature has provided us with a gentle, safe and effective remedy whose detoxifying effects were previously only known in insider circles and are still known today.