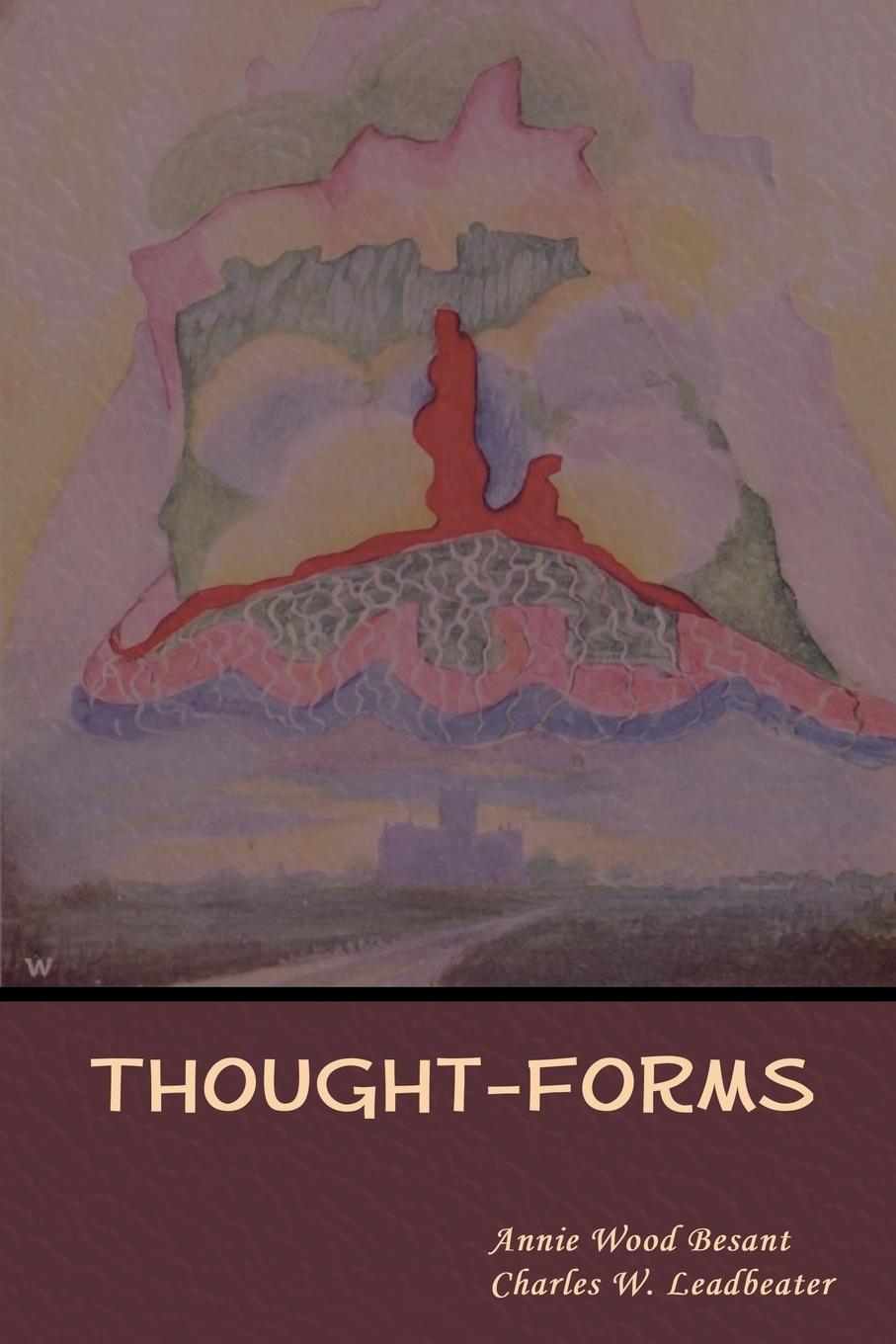 Thought-Forms: A Record of Clairvoyant Investigation is a theosophical book compiled by the members of the Theosophical Society A. Besant and C. W. Leadbeater. It was originally published in 1901 in London. From the standpoint of Theosophy, it tells regarding visualization of thoughts, experiences, emotions and music. Drawings of the "thought-forms" were performed by painters Varley, Prince, and McFarlane.
This book has become the result of the joint work of the authors, which began in 1895, when they had started an investigation of "the subtle matter of the universe." They were interested the work of the human mind as, according their claim, this work "extrudes into the external world" the thought-forms.
In September 1896, Besant reported in Lucifer that "two clairvoyant Theosophists" (whose personalities were not disclosed in the journal, although some members of the Society knew about them) had started "observing the substance of thought." Her article named Thought-Forms was accompanied by four pages of pictures of diverse thought-forms which the investigators "had observed and described to an artist." The colour sketches of the unknown performance were depicting: on the first plate-thought-forms of "devotion," "sacrifice," and "devotional," on the second one-three types of "anger," on the third one-three types of "love" ("undirected," "directed," and "grasping"), and on the fourth one-thought-forms of "jealousy," "intellect," and "ambition." Besant gave the article scientific coloring, not forgetting to mention Röntgen, Baraduc, Reichenbach, "vibrations and the ether."
This "small but influential book", which contains color pictures of thought-forms that the authors said are created "in subtle spirit-matter," was published in 1901. The book affirms that "the quality" of thoughts influences the life experience of their creator, and that they "can affect" other people.
The authors write that they, like many theosophists, are convinced that "thoughts are things," and the task of their book is to help the reader understand this. The frontispiece of the book contains a table "The meanings of colours" of thought-forms and human aura associated with feelings and emotions, beginning with "High Spirituality" (light blue-in the upper left corner) and ending by "Malice" (black-in the lower right corner), 25 colors in all. The authors argue that human aura is "the outer part of the cloud-like substance of his higher bodies, interpenetrating each other, and extending beyond the confines of his physical body." The mental and desire bodies (two human higher bodies) are "those chiefly concerned with the appearance of what are called thought-forms." (wikipedia. org)