Aidan Truhen: The Price You Pay 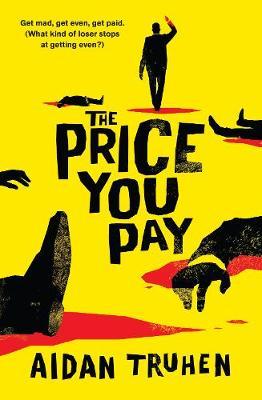 Other releases of The Price You Pay

'A smart alec New York cocaine dealer discovers there's a hit out on him and decides the best course of action is to take bloody - and amusingly creative - revenge' SunGet mad, get even, get paid. What kind of loser stops at getting even?Didi's dead. That's sad. Jack Price isn't sad, because Jack doesn't care about Didi. Jack is just angry, because if anyone was going to brutally murder his bad-tempered old neighbour, it was him. But when Jack takes matters into his own hands, he gets a contract taken out on him by an internationally renowned terrorist organisation. Which frankly seems overkill. Jack's just your average high-class coke dealer, after all. On a level playing field against a team of professional killers, he wouldn't stand a chance. But Jack Price doesn't play fair. And Jack Price is going to make these guys pay.'The Price You Pay is brilliant, a latticework of barbed jokes and subtle observations and inventive misbehaviours, a high-end thriller, relentlessly knowing, relentlessly brutal. It reads like Martin Amis on mescaline' New York Times

Aidan Truhen
Fuck you very much
Buch
EUR 10.00*
Show all