The Psychology of Music

The Psychology of Music
Buch 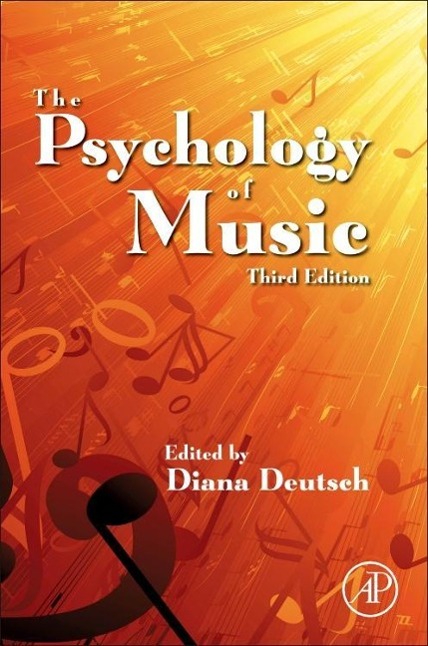 The aim of the psychology of music is to understand musical phenomena in terms of mental functions--to characterize the ways in which one perceives, remembers, creates, and performs music.
New to this Edition:
Completely revised to cover new developments including the opportunity to generate, analyze, and transform sound by computer, advances in neuroscience that influence thinking about the way music is processed in the brain, and increased collaboration between psychologists and musicians
Encompasses the way the brain perceives, remembers, creates, and performs music
Contributions from the top international researchers in perception and cognition of music
Designed for use as a textbook for advanced courses in psychology of music

The aim of The Psychology of Music is to understand musical phenomena in terms of mental functions--to characterize the ways in which one perceives, remembers, creates, and performs music. Since The Psychology of Music was first published, the field has emerged from an interdisciplinary curiosity into a fully ramified subdiscipline of psychology due to several factors. The opportunity to generate, analyze, and transform sounds by computer is no longer limited to a few researchers with access to large multi-user facilities, but rather is available to individual investigators on a widespread basis. Second, dramatic advances in the field of neuroscience have profoundly influenced thinking about the way that music is processed in the brain. Third, collaborations between psychologists and musicians, which were evolving at the time the book was first written, are now quite common; to a large extent now speaking a common language and agreeing on basic philosophical issues. The Psychology of Music, 3e, has been completely revised to bring the reader the most up-to-date information, additional subject matter, and new contributors to incorporate all of these important variables. This newest edition is approximately 86% changed from the 2e, with three new chapters, 10 chapters by new authors, and all remaining chapters heavily revised. New chapters include Computational Models of Music Cognition and Music and Emotion. International contributors hail from the US, Canada, UK, France, Sweden, Germany, and the Netherlands.