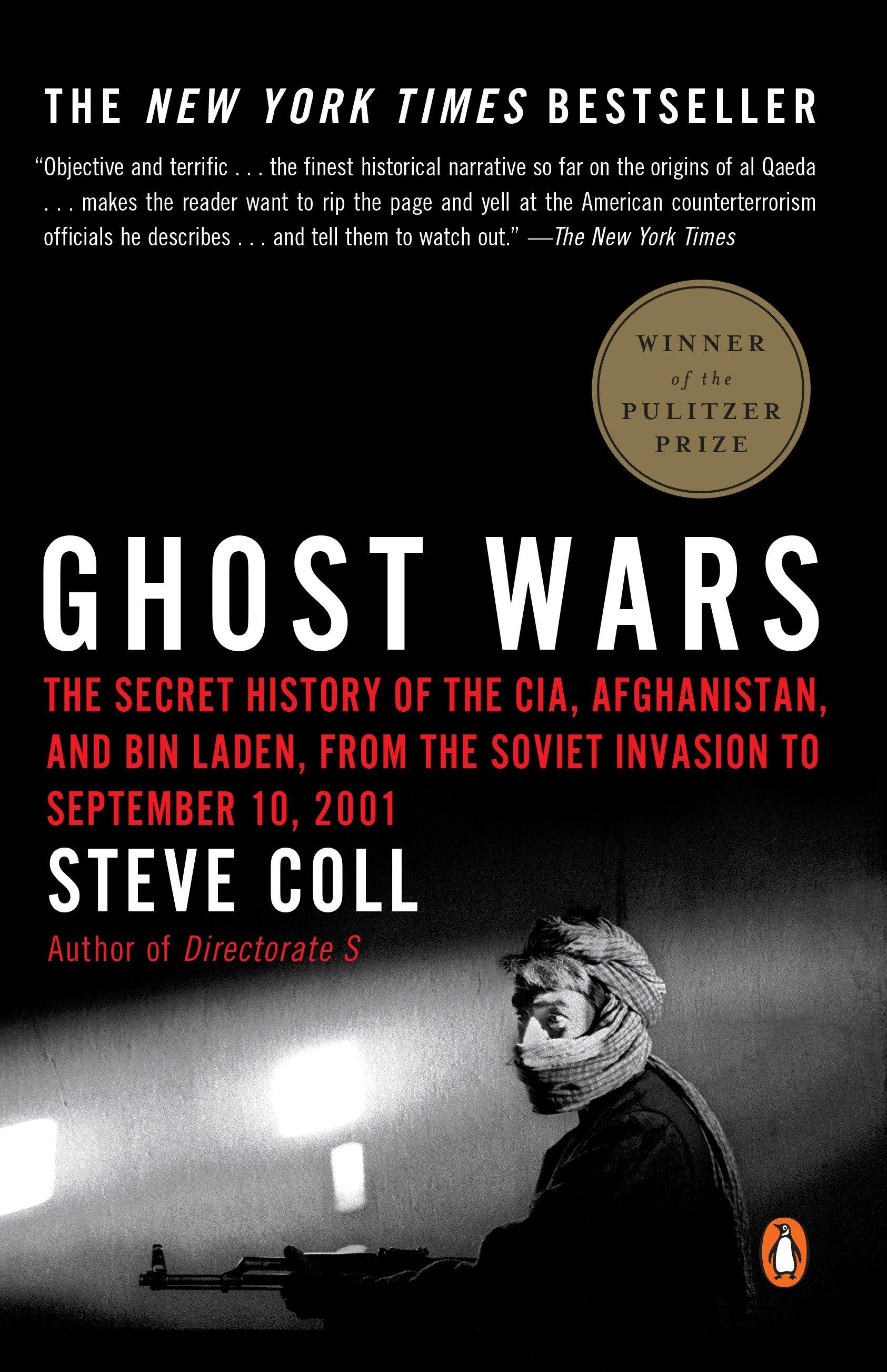 To what extent did America's best intelligence analysts grasp the rising threat of Islamist radicalism? Who tried to stop Bin Laden and why did they fail? Comprehensively and for the first time - Steve Coll recaounts the history of the covert wars in Afghanistan that fueled Islamic militancy and sowed the seeds of the September 11 attacks.

Winner of the 2005 Pulitzer Prize
The explosive first-hand account of America's secret history in Afghanistan
With the publication of Ghost Wars , Steve Coll became not only a Pulitzer Prize winner, but also the expert on the rise of the Taliban, the emergence of Bin Laden, and the secret efforts by CIA officers and their agents to capture or kill Bin Laden in Afghanistan after 1998.

"Certainly the finest historical narrative so far on the origins of al Qaeda in the post-Soviet rubble of Afghanistan . . . Ghost Wars provides fresh details and helps explain the motivations behind many crucial decisions."
- The New York Times Book Review

Winner of the 2005 Pulitzer Prize

From the award-winning and bestselling author of Directorate S, the explosive first-hand account of America's secret history in Afghanistan

To what extent did America's best intelligence analysts grasp the rising thread of Islamist radicalism? Who tried to stop bin Laden and why did they fail? Comprehensively and for the first time, Pulitzer Prize-winning journalist Steve Coll recounts the history of the covert wars in Afghanistan that fueled Islamic militancy and sowed the seeds of the September 11 attacks. Based on scrupulous research and firsthand accounts by key government, intelligence, and military personnel both foreign and American, Ghost Wars details the secret history of the CIA's role in Afghanistan (including its covert operations against Soviet troops from 1979 to 1989), the rise of the Taliban, the emergence of bin Laden, and the failed efforts by U. S. forces to find and assassinate bin Laden in Afghanistan.


In the tattered, cargo-strewn cabin of an Ariana Afghan Airlines passenger jet streaking above Punjab toward Kabul sat a stocky, broad-faced American with short graying hair. He was a friendly man in his early fifties who spoke in a flat midwestern accent. He looked as if he might be a dentist, an acquaintance once remarked. Gary Schroen had served for twenty- six years as an officer in the Central Intelligence Agency's clandestine services. He was now, in September 1996, chief of station in Islamabad, Pakistan. He spoke Persian and its cousin, Dari, one of Afghanistan's two main languages. In spy terminology, Schroen was an operator. He recruited and managed paid intelligence agents, conducted espionage operations, and supervised covert actions against foreign governments and terrorist groups. A few weeks before, with approval from CIA headquarters in Langley, Virginia, he had made contact through intermediaries with Ahmed Shah Massoud, the celebrated anti-Soviet guerrilla commander, now defense minister in a war-battered Afghan government crumbling from within. Schroen had requested a meeting, and Massoud had accepted.
They had not spoken in five years. During the late 1980s and early 1990s, as allies battling Soviet occupation forces and their Afghan communist proxies, the CIA had pumped cash stipends as high as $200, 000 a month to Massoud and his Islamic guerrilla organization, along with weapons and other supplies. Between 1989 and 1991, Schroen had personally delivered some of the cash. But the aid stopped in December 1991 when the Soviet Union dissolved. The United States government decided it had no further interests in Afghanistan.
Meanwhile, the country had collapsed. Kabul, once an elegant city of broad streets and walled gardens tucked spectacularly amid barren crags, had been pummelled by its warlords into a state of physical ruin and human misery that compared unfavorably to the very worst places on Earth. Armed factions within armed factions erupted seasonally in vicious urban battles, blasting down mud-brick block after mud-brick block in search of tactical advantages usually apparent only to them. Militias led by Islamic scholars who disagreed profoundly over religious minutia baked prisoners of war to death by the hundreds in discarded metal shipping containers. The city had been without electricity since 1993. Hundreds of thousands of Kabulis relied for daily bread and tea on the courageous but limited efforts of international charities. In some sections of the countryside thousands of displaced refugees died of malnutrition and preventable disease because they could not reach clinics and feeding stations. And all the while neighboring countries - Pakistan, Iran, India, Saudi Arabia - delivered pallets of guns and money to their preferred Afghan proxies. The governments of these countries sought territorial advantage over their neighbors. Money and weapons also arrived from individuals or Islamic charities seeking to extend their spiritual and political influence by proselytizing to the destitute.
Ahmed Shah Massoud remained Afghanistan's most formidable military leader. A sinewy man with a wispy beard and penetrating dark eyes, he had be come a charismatic popular leader, especially in northeastern Afghanistan. There he had fought and negotiated with equal imagination during the 1 980s, punishing and frustrating Soviet generals. Massoud saw politics and war as intertwined. He was an attentive student of Mao and other successful guerrilla leaders. Some wondered as time passed if he could imagine a life without guerrilla conflict. Yet through various councils and coalitions, he had also proven able to acquire power by sharing it. During the long horror of the Soviet occupation, Massoud had symbolized for many Afghans - especially his own Tajik people - the spirit and potential of their brave resistance. He was above all an independent man. H