Peter Beinart: The Icarus Syndrome: A History of American Hubris 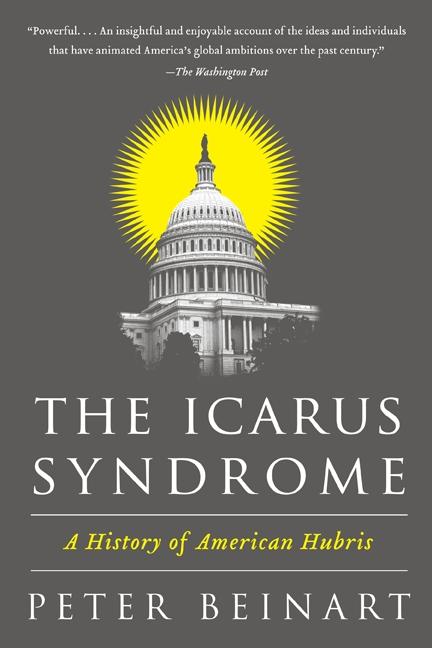 "Peter Beinart has written a vivid, empathetic, and convincing history of the men and ideas that have shaped the ambitions of American foreign policy during the last century—a story in which human fallibility and idealism flow together. The story continues, of course, and so his book is not only timely; it is indispensable.” — Steve Coll, author of Ghost Wars

Peter Beinart's provocative account of hubris in the American century describes Washington on the eve of three wars: World War I, Vietnam, and Iraq—three moments when American leaders decided they could remake the world in their image. Each time, leading intellectuals declared that the spread of democracy was inevitable. Each time, a president held the nation in the palm of his hand. And each time, a war conceived in arrogance brought tragedy.

But each catastrophe also imparted wisdom to a new generation of thinkers. These leaders learned to reconcile the American belief that anything is possible with the realities of a world that will never fully conform to this country's will—and in their struggles lie the seeds of American renewal today.